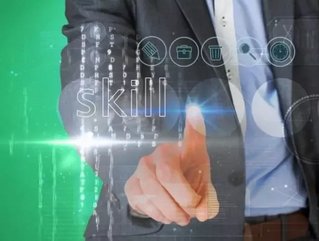 According to the latest UK Business Digital Index, over a million (23 percent) small to medium-sized businesses (SMEs) still lack basic digital skills. The Index from Lloyds Bank, in association with Accenture and digital skills charity Go ON UK, measures and tracks the level of digital ability among SMEs and charities.

An overall rise in the UK Index score suggests a slow but positive shift towards small to medium sized enterprises becoming more digitally active. However there are still over a million SMEs (23 percent) that lack basic digital skills.

This is even more significant in the charity sector where 58 percent of charities don’t have the necessary skills, an increase of 3 percent from 2014. Having basic digital skills includes activities such as running a website, using e-commerce or maintaining a social media presence. The charities at the lowest end of the spectrum also reported an increase in doubts as to how websites (78 percent) or social media (83 percent) could help increase their funding.

Challenges also remain around the perceived benefits of being digital, with one-quarter of all organisations believing digital is irrelevant’ to them while more worryingly a similar number (27 percent) still believe that they have already done everything they can to embrace the digital economy.

The report has also established a strong link between digital maturity and organisational success, with the most digitally mature SMEs a third more likely and charities two times more likely to see an increase in turnover or funding in the last two years compared with the least digitally able organisations.

“There are a lot of interesting things in the report, but one piece of data that I was really pleased to see was the focus on the North East and the North West, areas that GO On UK and the partners have particularly delivered in over the last year, which has led to a significant increase in those areas. The second thing that it was really great to see in the report was the overall lift in the numbers for small and medium sized businesses from 75 percent-77 percent nationally.”

The attitudes of small to medium sized enterprises and charities becoming more digital has revealed a quarter (25 percent) of organisations believe digital is ‘irrelevant’ to them while more worryingly a similar number (27 percent) still believe that they have already done everything they can. Most notably, time appears to have become even more precious, as the number using this reason as a barrier increased by almost a half from last year’s survey from 14 percent to 20 percent.

Miguel-Ángel Rodríguez-Sola, Group Director for Digital, at Lloyds Banking Group said: “The UK Business Digital Index provides a crucial measure of how UK small businesses and charities are adopting digital technology and we are extremely proud to be able to offer this insight and establish a strong link between digital skills and organisational success. In just one year it is pleasing to see that over 100,000 more small businesses in the UK now have basic digital skills.

“But what is also clear is that real challenges remain – over a million small businesses and charities still lack basic digital skills and the perceived benefits of being digital remain. For example 25 per cent of all organisations surveyed believe digital is ‘irrelevant’ to them. We cannot emphasis enough the benefits that digital adoption can offer – such as saving time, increasing revenue or funding or reaching wider audiences. Digital is the key to unlock these benefits.

“Even if an organisation does not believe they need to be online, many of their customers already are. There needs to be further awareness to give charities and businesses the confidence to do more online.”

Considering that e-commerce only features amongst 13 percent of organisations with a website, the struggle felt by charities and SMEs to fully embrace the use of digital technology suggests organisations still don’t understand how to utilise the power of digital beyond the basics.