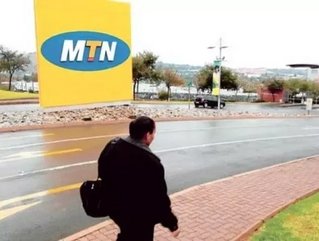 Africa's largest cellular company, MTN has unveiled its strategy to reignite its flagging South African revenue through an expansion of its fibre network.

Despite reporting a nine percent rise in global half-year profits across its 215 million worldwide subscribers, this initiative in South Africa is especially prevalent given the common perception that the country remains one of its weakest markets.

Revenue in South Africa fell by seven percent over the same half-year period to R19.2 billion, due largely to an ongoing battle with competitor, Cell C.

The price war between the two has cost MTN dearly, so with that war seemingly being lost, it has turned its attentions towards enhanced data provision instead.

Chief Executive, Sifiso Dabengwa added: "We should have something in the market before the end of the year."

MTN launched a pilot project in May, providing fibre to people living in Monaghan Farm, north of Johannesburg, but it missed its June target for wider commercial launch for its high-speed data service.

On the face of it, the new data target seems a step in the right direction following a 13.7 percent climb in revenue generated that way in South Africa, over the past six months. The amount of data traffic on its networks also spiked at an impressive 117 percent.

The fibre service is geared towards high spenders who typically download internet content that includes videos, but it could also be used to provide bandwidth for security and surveillance.

This represents a big swing in emphasis with Dabengwa anticipating the distribution of music and content to account for between 30 percent and 50 percent of MTN's revenue in the next five to 10 years.