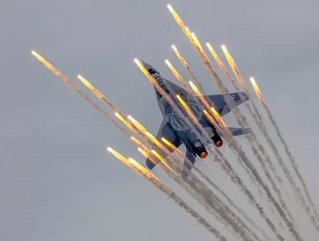 The Minister of Defence, Mansur Dan-Ali, has said Nigeria is considering the purchase of Russian military equipment.

“We have identified some items, like the Kalashnikov modern, new rifles and also avionics, helicopters and some other mine-resistant protected vehicles.

“We also looked at the [Yak-]130 jet and also we are thinking how to go about it. We just had a look and now when we go back home we’ll look at some of its specifications before we sit down for negotiations.”

Speaking about military supplies from Russia, the minister mentioned the ongoing deliveries of Russian helicopters to the African nation within the framework of the 2016 agreement.

He said: “Basically, we have gone for Mi-35 helicopters last year. We have taken two already and are expecting to get another two, early next year.

On Tuesday, Sergei Shoigu, Russian Defence Minister, met with Dan-Ali on the sidelines of the 2017 International Army Games and invited the Nigerian side to participate in the game next year.

On the same day, the two countries signed an intergovernmental agreement on military cooperation.

“We are looking at exchange programs, training and exercises. Since 2006, we have been pushing for it in order to facilitate training of personnel and exchanges of ideas between our two militaries,” said Dan-Ali.

The two countries have a long history of cooperation, including in the military field.

“We discussed counterterrorism cooperation with Shoigu and I highlighted the role Russia has been playing across the globe,” added Dan-Ali.

“We know that insurgency is a global problem, and Russia has been assisting Afghanistan, Syria and Turkey in this regard.

“We are also looking for assistance from Russia in our sub-region since we have a similar problem of insurgency.

“Russia is playing a very important role in the Middle East, especially, in fighting ISIL.

“All around the globe Russia has been doing very well fighting terrorism.”