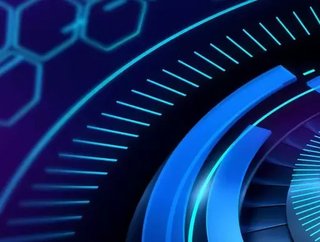 The Premier League kicks off a new era of football with the adoption of Oracle Cloud to help power advanced data analytics and give fans a better game...

With the aim of giving football fans both a deeper understanding and a more exciting and engaged experience of the game, the UK’s Premier League is utilising Oracle’s data and analytics and machine learning technologies to deliver ground-breaking statistics and insight in real-time to its global audience.

The Premier League is available to watch in 880 million homes in 188 countries and research shows fans are interested in the integration of match data and analysis and insights achieved will help deliver more data-rich stories about matches.

Marking a significant merger of technology and sport, and set to give fans worldwide “a game-changing new experience”, this partnership will allows fans to access a range of match information instantly both while watching on their TVs from home or if checking the latest scores on their mobile phones.

“The margins for error in the Premier League are very small, so the data is crucial to discovering the meaningful moments and stories of each match. It’s those stories that unite fans and ignite their passions for the game,” says Ariel Kelman, VP and CMO for Oracle.

How exactly will Oracle power such insights?

With the utilisation of Match Insights – Powered by Oracle Cloud, the Premier League will be able to offer advanced player performance data and statistics during the broadcast of games, as well as across the League’s social channels.

Machine learning models will be developed to generate immediate results based on live data streams, real-time tracking data, and facts collected on each of the League’s players and from thousands of previous matches.

Match Insights will include the following:

The Premier League isn't the only sports league worldwide to merge with technology to enage fans. In 2018, the NFL, which has 180 million fans worldwide, realised it too needed a more advanced system to collect data and make sense of it, revealing insights about game dynamics for both fans and plays. And so they partnered with AWS to help leverage the power of its data via analytics and machine learning.

Powered by machine learning tool Amazon SageMaker, NFL’s Next Gen Stats program uses sophisticated tracking and technology collected via RFID devices in the shoulder pads of every player and embedded at each of its stadiums. These devices capture data about which players are on the field at a given moment, their location within inches, and the speed and direction in which they move. This treasure trove of data represents a tremendous resource for the league’s 32 teams, multiple media partners and approximately 180 million fans worldwide