Safaricom has connected 141,000 homes with internet in Kenya 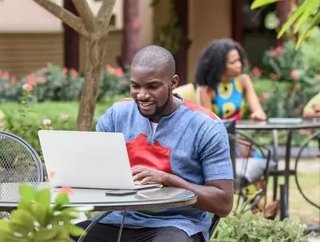 The Kenyan telecommunications firm, Safaricom, has announced that it has connected 141,000 homes and 15,000 businesses to the internet using fibre optics.

The telecom formed its internet unit in May last year, and has since laid more than 5,000km of fibre optic cables across the nation.

Following the launch of cable-laying in February, the company confirmed this month that it had successfully connected 53,000 homes to the internet.

The telecom has so far reached six towns across Kenya with it’s fibre optic internet, reaching 20 estates in Nairobi alone.

The connectivity is also available in Mombasa and parts of Kisumu, Eldoret, Thika.

“We have laid more than 5,000 kilometres of fibre, with the number of homes passed reaching 141,000 by the end of the financial year,” stated Sateesh Kamath, Chief Financial Officer of Safaricom.

“We have also connected 1,800 commercial buildings with Internet,” he added.