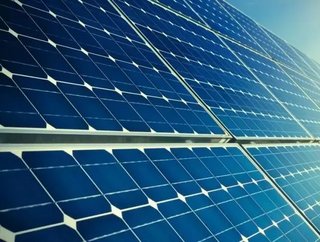 Shams Dubai is an initiative from Dubai Electricity and Water Authority (DEWA).

It encourages building owners to install solar photovoltaic (PV) panels on their rooftops to generate electricity. The electricity is then used onsite and the surplus is exported to DEWA’s grid. An offset between exported and imported electricity units is conducted and the customer account is settled based on this offset.

So far, a total of 43 photovoltaic systems have been installed, with 17 of them already connected to DEWA’s grid.

Here are some of the key projects already signed up for Shams Dubai:

A 1.5 megawatt direct current (MWdc) photovoltaic generation project at Jebel Ali Power Station is one of the largest single-rooftop arrays in the Middle East and North Africa. DEWA installed 5,240 photovoltaic panels on the 23,000 square-metre roof of the water reservoir at its M-Station. The project reduces 1,600 tonnes of carbon dioxide annually.

DEWA connected a 1 megawatt (MW) project at Emirates Engine Maintenance Centre in Warsan. It increases the use of alternative energy while reducing carbon emissions. The installed system includes 2,990 photovoltaic panels installed on the rooftop of the centre’s car park, which spans over 7,848 square metres. The system generates about 1,884 MW of electricity annually.

DEWA has also connected a photovoltaic system at Premier Composite Technologies in Dubai Investment Park, with a capacity of 200 kilowatts (kW), which equals over 320MW of electricity production every year.

Photovoltaic systems were also connected to the rooftop top of the Jumeirah World Trade Centre Residence with a capacity of 31.1kW, which equals 46MW of electricity every year, using 102 photovoltaic panels over 247 square metres.

DEWA connected a photovoltaic system to Dubai Municipality’s building in Al Kifaf with a capacity of 12kW, which equals 17 MW of electricity every year. This was done using 48 photovoltaic panels over 127 square metres.

One of the first projects implemented as part of Shams Dubai, was the installation of 30kW capacity on the rooftop of the Employee Gate at Al Maktoum International Airport.