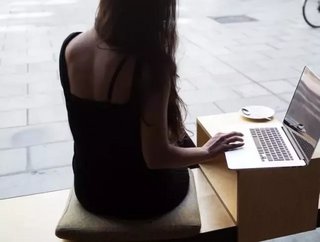 Nearly 20 million jobs will be needed in the Middle East thanks to a surge in the region’s young population. It’s thought that tech start-ups will be able to fill this gap.

More than 50 per cent of the population in countries such as Egypt and Saudi Arabia are aged under 25, according to Careem’s vice president of marketing and analytics Yousef Tuquan.

He said: “In the Middle East, in some countries, more than 50 per cent of the population is under the age of 25. In Saudi Arabia, more than 55 per cent is under 25. In Egypt, it’s 59 per cent. These people all need jobs. And companies are going to create all these desperately needed jobs in the future.

“Thirty years ago you wanted a nice public sector job, Today, there are more than 460 companies out there ready to help and support entrepreneurs. And in the last five years, there has been an absolute explosion in the region.

“Most retailers today in the Middle East are flatlining, even if they won’t admit it. Very few are seeing significant growth. But these people are growing 90 per cent a year. Souq.com employs over 3,000 people across the Middle East. And what’s incredible is that 70 per cent of purchases made in Saudi Arabia are done by mobile phone. They are a real success story and a real bellwether for the industry overall.”

He added: “Today in the Middle East, there’s over $500m of foreign investments available for tech start-ups and it’s absolutely fascinating and it’s spun all these tech companies who have come out of Maktoob.”

Maktoob was originally founded as an internet services company in Amman, Jordan, in 1998 and was bought by United States’ internet giant Yahoo! for $164m in 2009. However, Yahoo! announced plans last year to close down the operation in Dubai and pull out of the Middle East completely by April.

Tuquan continued: “What we saw five or six years ago across the Arab world was incredible change in what was called the Arab Spring. Five years later, people are calling this the Arab Winter. Very little of the optimism five years ago has given away to what we hoped for. You watch the TV and it’s clear to see it’s never been worse; we are beset by sectarianism, by politics, by violence, by a refugee crisis - the likes of which we have never seen before.

“But despite this, the internet seems to transcend all of that.”