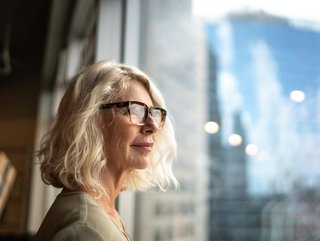 As new Danish legislation means employers can no longer ask a jobseeker’s age, research in the UK finds workplace age bias is perpetuated by HR leaders

Age is just a number – but it’s a number that matters, especially when it comes to recruitment.

New research from over-50s platform 55/Redefined and charity ProAge reveals age discrimination within UK workplaces is perpetuated by HR departments, and younger HR leaders, in particular. When asked how motivated they are to hire 55-75-year-olds, 24% of HR leaders aged 25-30 said ‘very’, compared to 63% of HR execs aged 46-50.

The report highlights the prevalence of ageism in UK workplaces, with energy viewed as something only under 30s have.

With such attitudes from employers, it’s little wonder that a staggering 65% of 55-75s feel that the job market is closed to them, and 24% felt forced into retirement before they wanted to.

And the pandemic has only exacerbated the issue with employees in the UK over 50 disproportionately likely to be furloughed or made redundant, and just one-third of workers over 50 who had lost jobs able to find a new one within six months, according to the Institute for Fiscal Studies.

“It’s clear that age discrimination is being perpetuated by those in control of HR policy and standards,” says Lyndsey Simpson, founder and CEO at 55/Redefined.

And while Lyndsey concedes that this could perhaps be an “unintended consequence of an imbalance in focus on other protected diversity and inclusion characteristics”, she urges HR leaders and CEOs to address the issue urgently and realise the “talent and ambitions of older people”.

This comes as the UK government earmarks millions of pounds of new measures to tackle unemployment amongst the over 50s, with former Minister for Employment, Mims Davies, stating that “older workers are a huge asset to this country”.

Organisations that do not address the age issue will not only fail in creating a workplace that is truly diverse but will also miss out on a huge pool of talent, which is especially significant given the current talent shortage.

Making sure experienced workers can find employment will become even more important in the future, as the working age population shrinks and the population of over-60s rises.

The share of older workers will only increase, with people over 50 accounting for 45% of the population in OECD countries by 2050. In Europe, the average retirement age has already gone up by 2.5 years since 2000 and is expected to increase further.

Denmark is one step ahead with new workplace age policy

To help in tackling this issue, and prevent age discrimination in the workplace, Denmark has just introduced a new policy that prohibits companies from asking about the age of job applicants in the country.

This means jobseekers in the country can legally conceal their age throughout the recruitment process, and employers are not allowed to ask their age.

The policy, which took effect on July 1, has been introduced to give those workers over 55 a better chance at finding a job. According to Danish employment minister Peter Hummelgaard, this new legislation would limit “employers filtering their pile of applications by just looking at birth dates before reading through them” and instead ensure employers “actually address the competencies of the applicant”.

This follows a survey last year by trade union HK Privat, which represents some 100,000 workers in Denmark’s private sector, where 24% of people said they faced discrimination based on their age

The European Union introduced an age discrimination law in 2000, but a recent report by Age Platform Europe concluded that the EU framework still leaves older workers behind.