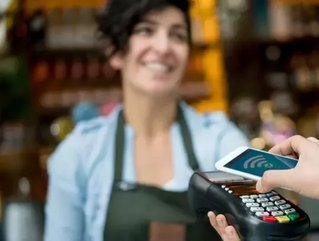 Dealing exclusively in cash raises a number of issues, which all ultimately boil down to greater risk. Theft, for one, is far easier with everyone carrying bundles of cash, and it then becomes a far more lucrative business for would-be criminals.

For organisations, cash-dependency naturally results in cash flow issues, where they are left unable to send and receive money when needed – a huge hurdle to the financial stability required to push forward and grow. And without a digital identity and transaction trail provided by traditional banking services, ensuring the right payments are made and avoiding fraud become huge challenges.

Not only do these issues damage the success of such organisations, but they also have a direct impact on their employees, and, in some instances, the people they are trying to help.

The empowerment of secure and instant transactions

Tanzania, like many other emerging markets in Africa, is a cash-driven economy. For the businesses and NGOs operating in the country, the issue of cash dependency is very real.

Physically transporting large sums of money from one place to the next, often across Tanzania’s disparate and remote regions, is a risky and time-poor method for organisations, but it has often been the only one.

Recognising the issues faced by countless organisations in cash-dependent nations, Standard Chartered Bank introduced Straight2Bank Wallet to enable electronic transfers without the need for individuals to have a bank account. Leveraging the infrastructure of Vodafone’s widely successful consumer-grade mobile money solution, M-Pesa in Tanzania, Straight2Bank Wallet has empowered organisations with fully secure and instant mobile transactions for the first time.

In parts of the developing world where bank branch coverage is scarce, but mobile phone penetration is high, Straight2Bank Wallet has made regular and timely payments a reality. And for some organisations the impact of this solution has been revolutionary.

Active in 40 countries, Jhpiego is a non-profit health organisation affiliated with The Johns Hopkins University, dedicated to improving the health of women and families in developing countries, mainly through malaria prevention and control, maternal and new-born health, and HIV counselling and testing. As it expanded, the organisation had to consider how best to make payments to its nurses, clinicians and other staff securely and efficiently, some of whom did not hold a bank account.

With Jhpiego’s Tanzanian operations running from its head office in Dar es Salaam, the country’s capital, cash had to be physically transported across vast distances to pay staff their wages and provide the charity’s projects with the required financial support.

Upon its introduction in 2015, Jhpiego was one of the first organisations to benefit from Straight2Bank Wallet. Jhpiego’s finance team now initiates payments to staff and programme beneficiaries using the Straight2Bank Wallet platform, which allows funds to be transferred directly into the recipients’ M-Pesa mobile wallet. No longer subject to the many risks of cash-based transactions, the organisation is enjoying a level of financial stability that it never thought possible, and is providing an improved and more consistent service to its beneficiaries as a result.

Straight2Bank Wallet’s digital ledger has also enabled Jhpiego to maintain an accurate database of registered beneficiaries for the first time, meaning that the organisation no longer experiences errors made during the payment process. The security of this process has been further strengthened by Jhpiego’s innovative use of biometric fingerprint scanners, which ensure that payments are only made to the right people, at the right time.

A greater focus on invaluable work

In parts of the world where access to banking facilities is limited, Straight2Bank Wallet has arrived to transform traditional approaches to banking, and, in doing so, meet a previously unmet need.

By making secure and reliable financial transactions a reality, the solution is ensuring that organisations like Jhpiego can spend more time and effort on the functions that are central to their work - in this case, saving lives.