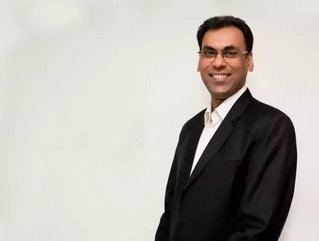 The first Seclore TechTalk event has taken place in Dubai.

The event gave guests an insight into the scale of the data security threat and outlined Seclore’s plans to grow the regional business through additional resources and technical support.

According to Seclore, interest in Enterprise Digital Rights Management (EDRM) in the GCC region is rising strongly across a range of sectors, from banking and finance to manufacturing, telecoms to pharma, and the broader enterprise sector. The company expects EDRM to take a greater share of the increasing IT investment in the region, in 2016.

Seclore’s latest survey – Securing Information in the Age of External Collaboration - concludes that more than one in four believes it's very likely sensitive data has been stolen by third party vendors. 98 percent of respondents cited the loss of sensitive data as a top or significant concern. Commonly stated reasons for data loss include emails sent to the wrong person (67 percent), unauthorized access (64 percent) and lost portable storage devices (61 percent).

Speaking at the event, Amit Malhotra, VP Sales India Middle East & Africa, Seclore, commented: “Data and associated IP is being recognised as the most valuable asset of any organisation, so pushing data security issues deep into the c-suite and the very heart of corporate governance and organisational reputation. In this age of collaboration and sharing, and with increasing volumes of data moving to the cloud in the region, it makes more sense to target security solutions on the data, rather than infrastructure. EDRM provides a fast, simple and integrated solution to data security.”

Hosted at the Burj Al Arab, the Seclore TechTalk event was held in partnership with Ascent, Seclore’s vendor representative for the Middle East and was attended by senior IT management from leading public and private sector organisations in the UAE.