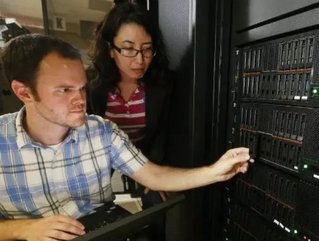 Africa is rapidly gaining on the rest of the world in optimising the benefits of big data, but there are still challenges which need to be overcome if the region is to embrace the trend fully.

While stereotypical concerns revolve around security and privacy issues, Cory Wiegert, IBM Software Group’s Product Director for Africa believes that challenges regarding trust, resiliency, budget constraints, enterprises strategies and cross-departmental collaboration are much more pressing on the continent at present.

African Business Review (ABR): Firstly, if you were to look at the development of big data in Africa as a timeline, at what stage would you say it is at now, in comparison to the rest of the world?

Cory Wiegert (CW): Africa is rapidly catching up to the rest of the world in terms of big data. The IBM Center for Applied Insights report on IT Pacesetters focusing on Nigeria and Kenya reveals that 40 percent of businesses are in the planning stages of a big data project, in comparison with the global average of 51 percent.

Twelve percent of Kenyan and Nigerian firms have big data projects live, just short of the 13 percent global mean. While telco's have an enormous amount of data, government digitisation, open data with government, usage of unstructured data and big data mining is yet to reach the level of maturity we have seen in other markets.

ABR: Given Africa’s status as an emerging market, what differences have you noticed in how the trend has been managed compared to other regions?

CW: In general, we are seeing more desire for analytics and usage of business analytic type applications. There is a push for more understanding of what data is out there and what value can be derived from it.

In Africa, there is a general concern around data and data sources.  Given the proliferation of data sources with the same type of data, duplicate data and data which may or may not have been manipulated; the trend we see tends to focus on cleaning, standardising and starting to build a level of trust of newly built data sources.

In other markets, because of the early adoption of analytics and data warehouses, the cleansing and trust of data sources was an inherent part of the evolution of reporting. So, as reporting evolved to dashboards, on to analytics and now big data and big data mining, the data was being kept clean all along with the trust and cleansing being done while data was loaded to the new analytics technology sources.

ABR: Do you see the market status as a positive thing in being able to eradicate potential old habits instilled in more settled regions, or does the lack of maturity inhibit the management of the trend?

CW: From the perspective of eradicating potentially old habits, we see it as an advantage because the technology, standardised use cases and differentiated business models have been proven and can be adopted immediately.

The growing pains of waiting for technology and mind set changes can be avoided and enterprises wanting to advance by using big data in their businesses can jump to what has been already ascertained.  We also see the use of unstructured data to be more advanced here than in other regions.

Africa still faces challenges in cleaning up of historical data and migrating to big data type technologies while continuing to function as institutions. So, while the cleansing and standardisation is happening, new data in the old mechanisms continues to flow into the system.  A good number of users and organizations in Africa have had limited experience in data cleansing or standardisation. This means that there is a general lack of skills in advanced techniques or advanced technologies.

There may also be a lack of knowledge of what the old habits are.  Many of the teams who are trying to help with big data solutions, might not really understand the concept of big data.  We at IBM believe that with the adequate skills enablement, there may be a leap to the new models. This has to be accompanied by a focus on education on concept of volume, velocity, veracity and variety of data and how to extract value given those 4 Vs.

ABR: A major concern for people when discussing big data is around the issue of privacy, so firstly, do you feel that companies are doing enough to offset these concerns, and if not, what do you feel needs to be done to help find a solution?

That being said, companies can do more.  With big data and the use of big data comes the need for security and ensuring the data, devices and transactions on those devices are safe.  We have seen a larger market swell around security topics, which we believe is in front of the swell around big data solutions.

We believe we are just entering the phase of investment around big data projects and technologies.

ABR: How do you see big data in Africa developing in general over the coming months and years and what challenges need to be overcome?

CW: A 2014 Frost and Sullivan report titled Big Data Outlook in Africa reiterates that "technological advancements at each stage of the big data value chain, notably the proliferation of connected devices such as sensors, will continue to drive the big data trend in Africa”.

Continued investments in network infrastructure and the ease of adoption of various analytics platforms will also contribute to the emergence of big data solutions.