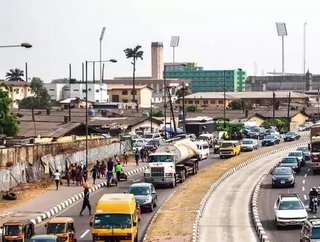 In a recent announcement made by Volkswagen, the company has expanded its vehicle assembly footprint in Sub-Saharan Africa...

In the announcement, Volkswagen details its expansion of its footprint in Sub-Saharan Africa, with the official opening of its vehicle assembly facility in Accra, Ghana.

With this expansion, Ghana has become the fifth Volkswagen vehicle assembly location in Sub-Saharan Africa. Its other locations include: South Africa, Kenya, Nigeria and Rwanda. The facility in Accra has an installed capacity to assemble 5,000 units per annum, with the models to be assembled using Semi Knocked Down (SKD) assembly kits.

Since 2005, Universal Motors has been a licensed Volkswagen importer, and has now been awarded the assembly contract for the initial phase of the project.

Attended by the President of the Republic of Ghana, His Excellency Nana Addo Dankwa Akufo-Addo, Minister of Trade and Industry, Alan Kyerematen, and cabinet ministers, Volkswagen held an unveiling event to announce its investment.

With a population of 30mn people, the official opening of the vehicle assembly facility in the West African country is the result of a Memorandum of Understanding (MoU) signed by Volkswagen and the government of Ghana in the presence of the German Chancellor, Angela Merkel, nearly two years ago.

As part of the government's efforts to fulfil its commitments within the MoU, the government has developed a comprehensive Automotive Industry Policy with the recent announcement of the Ghana Automotive Development Policy (GADP).

The GADP has enabled Volkswagen to solidify its commitments in Ghana with its initial investments for the first phase of its long term vehicle assembly plan.

As a result Volkswagen is committed to helping Ghana achieve its industrial transformation agenda, by developing a modern automotive industry. In addition the establishment of Volkswagen Ghana - a 100% subsidiary of Volkswagen - marks the first automotive company to be registered under the GADP, and will be responsible for the SKD kits and Fully Built Units (FBU).

Jeffrey J. Oppong Peprah has been appointed as the CEO of Volkswagen Ghana.

“Volkswagen is strengthening the regions and focusing on new up-and-coming markets as part of its TRANSFORM 2025+ brand strategy. The Sub-Saharan region plays an increasingly important role. Although the African automotive market is comparatively small today, the Sub-Saharan region has the potential to become an automotive growth market of the future,” comments Volkswagen in a company statement.

Founded in 1937, in Germany, Volkswagen’s vision is ‘Moving people and driving them forwards’. The company’s ‘TRANSFORM 2025+’ strategy strives to lead innovation, technology and quality.

To find out more about Volkswagen’s expansion within Sub Saharan Africa, click here!