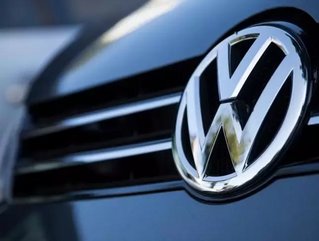 Volkswagen Group is to use technology developed by self-driving vehicle startup Aurora Innovation to accelerate its own automation plans.

The two companies have been working discreetly together for the last six months, integrating Aurora's leading technologies into Volkswagen's vehicle platforms.

Their partnership was made public this week as Volkswagen targets the release of up to five driverless, 'Mobile-as-a-Service' (MaaS) vehicle fleets in separate cities in 2021.

Aurora has received plenty of publicity since being founded by former developers at Google, Uber and Tesla in 2016 and the company also revealed a partnership with South Korean manufacturer Hyundai this week.

"Working with Aurora, leading self-driving system company, will give us a giant leap forward in our mission to become the world's leading provider of sustainable mobility, with self-driving vehicles," said VW's Chief Digital Officer Johann Jungwirth.

"Our aim is to create new Mobility-as-a-Service (MaaS) solutions which customers will be really passionate about because they have been tailored to the human with highest safety standards, best-in-class user experience and digital intelligence."

Aurora CEO Chris Urmson added: "Our priority at Aurora is to make self-driving cars a reality quickly, broadly and safely, and we know we will get there faster by partnering with innovative automakers like the Volkswagen Group.

"This partnership establishes a deep collaboration using Aurora's self-driving technology, and together we will bring self-driving vehicles to market at scale."