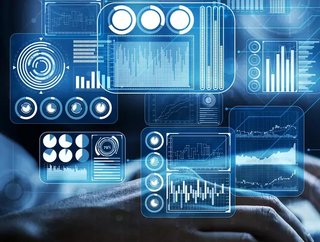 As a new report reveals most office workers are crushed by repetitive tasks, we talk the value of automation with UiPath’s MD of Northern Europe, Gavin Mee

Two-thirds of global office workers feel they are constantly doing the same tasks over and over again. That’s according to a new study (2021 Office Worker Survey) from automation software company UiPath.

Whether emailing, inputting data, or scheduling calls and meetings, the majority of those surveyed said they waste on average four and a half hours a week on time-consuming tasks that they think could be automated.

Not only is the undertaking of such repetitious and mundane tasks a waste of time for employees, and therefore for businesses, but it can also have a negative impact on employees’ motivation and productivity. And the research backs this up with more than half (58%) of those surveyed saying that undertaking such repetitive tasks doesn’t allow them to be as creative as they’d like to be.

“When repetitive, unrewarding tasks are handled by people, it takes time and this can cause delays and reduce both employee and customer satisfaction,” Gavin Mee, Managing Director of UiPath Northern Europe tells Business Chief. “Repetitive tasks can also be tedious, which often leads to stress and an increased likelihood to leave a job.”

And these tasks exist at all levels within an organisation, right up to executive level, where there are “small daily tasks that can be automated, such as scheduling, logging onto systems and creating reports”, adds Mee.

Automation can free employees to focus on higher value work

By automating some or all of these repetitive tasks, employees at whatever level of the organisation are freed up to focus on meaningful work that is creative, collaborative and strategic, something that will not only help them feel more engaged, but also benefit the organisation.

These aren’t the only benefits, however. One of the problems with employees doing some of these repetitive tasks manually is that “people are fallible and make mistakes”, says Mee, whereas automation boosts accuracy and reduces manual errors by 57%, according to Forrester Research. Compliance is also improved, according to 92% of global organisations.

Repetitive tasks that can be automated

Any repetitive process can be automated, Mee explains, from paying invoices to dealing with enquiries, or authorising documents and managing insurance claims. “The process will vary from business to business, but office workers have identified and created software robots to assist with thousands of common tasks they want automated.”

These include inputting data or creating data sets, a time-consuming task that 59% of those surveyed globally said was the task they would most like to automate, with scheduling of calls and meetings (57%) and sending template or reminder emails (60%) also top of the automation list. Far fewer believed, however, that tasks such as liaising with their team or customers could be automated, illustrating the higher value of such tasks.

“By employing software robots to undertake such tasks, they can be handled much more quickly,” adds Mee pointing to OTP Bank Romania, which during the pandemic used an automation to process requests to postpone bank loan instalments. “This reduced the processing time of a single request from 10 minutes to 20 seconds, allowing the bank to cope with a 125% increase in the number of calls received by call centre agents.”

Mee says: “Automation accelerates digital transformation, according to 63% of global executives. It also drives major cost savings and improves business metrics, and because software robots can ramp-up quickly to meet spikes in demand, it improves resilience.

Five business areas that can be automated

“To embark on an automation journey, organisations need to create a Centre of Excellence in which technical expertise is fostered,” explains Mee. “This group of experts can begin automating processes quickly to show return on investment and gain buy-in. This effort leads to greater interest from within the organisation, which often kick-starts a strategic focus on embedding automation.”