What to Expect from Microsoft HoloLens and Windows 10 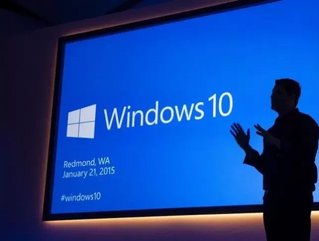 Microsoft has unveiled its new Windows 10 software alongside a new headset that projects 3D images over a user’s real world vision.

Called the HoloLens, the wireless device will make it seem as if screens, people and gameplay are in front of people, perhaps signalling a step towards virtual reality.

The tech giant also revealed details on Windows 10, which will be available on smartphones and even the Xbox One console, with Internet Explorer being replaced be a new app called Spartan. The launch also confirmed the return of the ever-popular start menu, criticised in some corners for its disappearance over the past couple of years in Windows 8.

The HoloLens headset appears to be going up against Magic Leap, a company backed by Google, although Microsoft is hoping that its nearest rivals will actually make use of its hologram technology.

Consumers will be able to walk around and make Skype calls with the new headset, while the virtual displays and desktops use tech which maps the room you are in in order to blend the projections into reality.

Back to users with Windows 8.1 - it is good news as Microsoft is offering a free upgrade to Windows 10, reflecting a similar move made by rivals Apple when it launched its newest software package.

Other new features include a Cortana personal assistant to rival Siri, and the ability to create more than one desktop to stay organised e.g. for home and work.

Microsoft also unveiled the Surface Hub, an 84-inch 4K TV with built in cameras, speaklers mics and NFC designed to be used in offices.

Experts and commentators see the upgrade as being the first steps towards correcting the unpopular changes made in Windows 8.

Stuart Miles, founder of technology website Pocket Lint, told the Mail Online: “The initial reaction is that Microsoft had introduced some really good features that will appeal to many and fix many of the annoyances of Windows 8.

“It looks like they are doing everything they can to make amends for the mistakes of Windows 8, but with a long lead time and many unanswered questions like release and price, there is still much left to learn. That said it looks to be a good move from the Redmond based company and one that will benefit many.”

The HoloLens is still a prototype being developed under the codename Project Baraboo, with the sale date for the device yet to be revealed.