Where will the driverless car revolution take us? 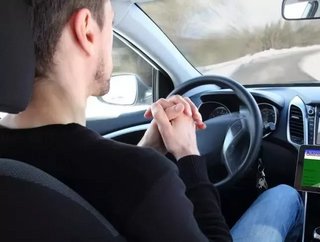 Autonomous cars are no longer the stuff of idealistic sci-fi dreams, but a tangible reality. In the not too distant future these cars will be summoned like the ‘bat-mobile’ - at the touch of a button - and will then drive themselves to your destination while you relax in perfect comfort.

They have the potential to transform our lives, as we assume the role of passengers rather than drivers, paying for the journey, instead of having to maintain our own vehicles. The consumer will not be the only one to benefit from this evolution: the autonomous vehicle industry is growing at an astonishing pace and offers huge potential for boosting jobs and the economy, as manufacturers capitalise on the trend. Already, the progression towards this new way of life has started and it is only a matter of time before these vehicles are the norm rather than the exception.

In five years, a visit to the city of Wuhu, in China’s Anhui province, could well be made in a self-driving car. The city in Eastern China, which is home to more than two million people, has just become the first autonomous vehicle test partner of the internet giant Baidu.  This means that the self-driving cars developed by Baidu over the past three years will be gradually tested and developed in the city’s urban test zone. Vehicles will start with no passengers and a limited route, but researchers plan to gradually expand the test zone. Eventually, the aim is for the vehicles to become fully autonomous, removing human drivers from the picture altogether.

Indeed, the autonomous transport revolution is happening right now. Technological innovation in cars has been relatively slow to take off, but self-driving cars are now in the pipeline for a large range of technology and automotive companies, including Google, Telsa, Uber, General Motors, BMW, and Ford.

In Beijing, the autonomous BMW created by Baidu has already been driving on the busy 5th Ring Road for almost a year. By 2020, there will be 10 million self-driving cars on the road, a study by Business Insider Intelligence suggests. The industry is growing exponentially and our daily lives could be changed forever by these advancements.

The benefits for consumers

Life in the year 2050 could certainly be vastly different in terms of transportation. The average commute could be as simple as booking a self-driving car with an app on your phone, which would arrive within minutes. Stressful queues could become a leisurely browse of the newspaper and once the car had dropped you off it could head off to pick up another passenger or return itself to an electric charging station.

These cars could also be much safer than their human-driven counterparts. They could communicate with other cars to maintain safe following distances, minimise the spread of vehicles on the road and reduce the need for vehicles to brake suddenly. An entirely autonomous fleet could also eliminate the need for traffic lights, with cars co-ordinating their own movements at intersections instead.

Additionally, autonomous cars could be much more cost-effective for passengers. In the future we may simply be paying for vehicles ‘on-demand’ and avoid the associated costs of ownership and maintenance of vehicles.

Using autonomous cars will not only save you money, but also help you do your bit for the environment. They will become a collective service as opposed to an individual commodity. With less cars on the road, much-needed space in cities will also become available. These autonomous vehicles will be able to park themselves closer together and McKinsey and Company have predicted that by 2050 we’ll be able to utilise 25 percent of the space currently used for parking for other projects.

Significant technological developments are already being piloted in cars, like highway assist, parking assist, congestion assist and over-the-air upgrades. Even today’s automated safety systems have had a dramatic effect: according to the Insurance Institute for Highway Safety forward-collision warning systems deliver a 23 percent reduction in rear-end crashes. When combined with automatic braking this statistic is almost doubled, and leads to a 39 percent reduction in crashes.

The next decade will certainly see the beginning of the phase-in period towards autonomous vehicles. Industries will radically alter. A desperate need for software engineers to design, code, validate and verify self-driving cars will spring up, with an estimated 4000 engineers needed to certify each autonomous car for launch. This could lead to a boom time for specialist skills with increased demand for integrated technology in autonomous cars.

However, these changes will most likely occur gradually; cars will phase-in sophisticated technology like advanced drive assistance systems before they become completely self-driving. This transformation has begun with Wuhu, but as other cities follow their example the autonomous revolution will permanently alter the road ahead.