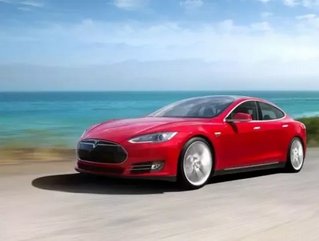 Tesla Motors has made its greatest single step towards a driverless future by revealing automated features for its flagship electric Model S, which will also house a double engine adding considerable speed gains.

At a highly-anticipated and packed out event in California, CEO Elon Musk put to bed gossip revolving around his tweet, “about time to unveil the D and something else”, by announcing that the D represented dual motor, with Tesla powering both rear and front wheels with its own engine.

Many had predicted that the main focus would be on the car's driverless capability, however the raw speed and powerful engine system has provoked huge discussion.

This said the new driverless features will allow the sedan to park itself and sense dangerous incidents.

And while some may think that a double engine may compromise efficiency, the company reassured its audience that this was not the case, and that the new car can travel from nought to 60 miles per hour in just 3.2 seconds.

Top speed has also been increased by 25 miles per hour to 155. “This car is nuts. It’s like taking off from a carrier deck,” Musk said.

The high-end all wheel driver with boosted acceleration will cost in the region of $120,000, and should be on sale in December.

He did however warn that these features do not amount to a fully driverless car, and that drivers could not afford to nod off behind the wheel.

Google is another company ramping up its ambitions to create a driverless car, with selected cities in the UK scheduled to test prototypes in the near future. Another is BMW.

READ MORE: BMW Teams Up with Baidu to Test Driverless Cars in China

One particular area of focus for many carmakers, including Tesla, is to develop a function which breaks automatically when it senses collisions. Other ideas being explored are technologies which allow cars to communicate with each other.