Which is South Africa’s best network? 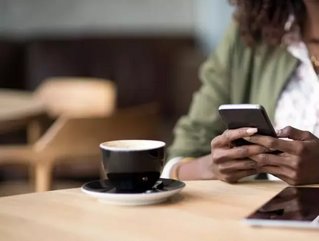 The mobile broadband market in South Africa is still evolving, but according to OpenSignal's latest round of tests, half of the country's operators are already providing good accessibility to LTE (long-term evolution) services as well as decent speeds.

Vodacom stood out in particular in OpenSignal's 3G speed and latency categories, though it faced much stiffer competition from MTN in the core 4G metrics.

“What we found was a clear divide in our metrics between the two market leaders Vodacom and MTN and their two smaller rivals,” OpenSignal said. Vodacom led or tied in all metrics.

Despite Vodacom’s long list of wins, MTN was hot on its heels in nearly every metric. The two had the fastest LTE speeds in South Africa in the tests, both averaging downloads greater than 22 Mbps.

When it comes to providing a consistently accessible LTE signal, South Africa overall ranked in the bottom third of 75 countries OpenSignal examined in its recent State of LTE report.

Tunisia and Morocco, the only other African states included in that report, both fared worse than South Africa.

MTN and Vodacom were also neck and neck in the 4G availability results. Users on both networks were able to latch onto their LTE signals more than 70% of the time.

“Mobile consumers in South Africa have four main operators to choose from, but two have broken away from the pack, providing the most consistent consumer mobile data experience in our metrics,” OpenSignal said.

“South Africa overall still has some work to do if it wants to catch up to its global peers in 4G capabilities.

“As a result, future investment in spectrum and infrastructure will be key in the region.”

Vodacom has already begun such investment – the company is experimenting with an LTE-Advanced technique called carrier aggregation to boost its connections speeds.

Cell C and Telkom will need to make substantial investments if they are to close the gap between them and the top two providers.