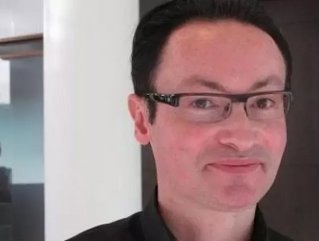 Access to broadband internet is recognised as a key driver of economic growth, job creation and social inclusion, and demand for broadband in the Middle East has never been greater. Some significant strides have been made in the region with the Middle East Peering Forum (MPF) opening in 2013 and around nine Internet Exchange Points (IXPs) established across six countries. IXPs are a hot topic in the Middle East right now and internet growth is strong, but progress will rely on the development of these IXPs.

So what is an IXP? The tens of thousands of independent networks that make up the internet have to be able to communicate with each other to enable users to connect with websites not just on the local network but also with sites on the other side of the world. Network operators need to do this cost-effectively, rapidly and securely and so when many networks are in the same location, instead of each of them establishing direct links with each other, which would be logistically challenging and very expensive, they take advantage of shared hubs, known as Internet Exchange Points or IXPs, where they are able to connect with each other simply by establishing a single physical link to the IXP.

The users of an IXP hub - Internet Service Providers (ISPs), eyeball networks (which focus on the provision of internet access to the end-user) and Content Delivery Networks (CDNs) - are known as ‘peers’ and the act of them connecting to each other at the IXP is known as ‘peering’. The IXP itself is usually managed by a single and neutral party, facilitating mutually beneficial peering between network providers and the cost-effective routing of traffic to different destinations.

An airport is a common analogy for describing an IXP. An airport acts as a hub for different airlines to exchange passengers between flights, ensuring that customers get to their intended destinations. This is much the same as an IXP, a hub for different network providers to exchange traffic, ensuring that it is sent to the desired destination in the most efficient and cost-effective manner possible. The role of the IXP (like that of airport management) is to ensure the smooth and efficient routing of traffic between the millions of private, public, academic and business networks that make up the internet.

Without IXPs, the internet could not function as the cost and complexity of routing traffic would be too high, furthermore there would be a significant impact on performance. By acting as a crossroads, IXPs shorten the paths’ length for data exchange which helps to reduce latency. Because IXPs reduce the latency, they enable higher-speed access for end users, which is a significant advantage in the age of multimedia streaming where there is increased demand for faster connectivity. By connecting providers, IXPs reduce the number of ’hops‘ (the path between a source and its destination), ensuring that services such as video streaming, file sharing and more can be accessed by the end users more quickly.

While the key goal of IXPs is to enable networks’ fast and cost-effective traffic routing, there are many more benefits; a competitive IXP marketplace offers a great deal of peering options, with ISPs, carriers and CDNs all able to evaluate each other’s services and decide whose offerings are best suited to their needs.

As internet use in the region continues to grow, eyeball networks, fixed line and mobile network operators, social media operators and content providers from around the world are becoming more and more interested in the Middle East market. However, they all need IXPs to be able to develop the market further and there are only a handful of these scattered through various countries, mainly Egypt, Lebanon, Palestine, and the UAE.

It may be that the most significant opportunity for enhancing connectivity in the Middle East is not through local IXP points-of-peering but through a strategically located European one, namely Marseille. Because Marseille is linked to more submarine cables than any other Mediterranean location, it offers many connections to different regions. Here, cables from both London and the MEA region are connected at the same point, offering a great deal of peering opportunities that may otherwise be unavailable for many countries in the Middle East. Marseille-based IXPs might actually represent better connectivity for many providers in the Middle East than a local IXP because logistics and development are at different stages in different parts of the Middle East region.

As in the days of the old trading routes through Suez, the French city of Marseille still has significant strategic advantages for the Middle East. It has the largest number of submarine cables landing at its port that any other European Mediterranean location (eight) and an impressive number of datacentres (also eight) where internet content can be hosted. Marseille has achieved critical mass in terms of internet connectivity and so attracts the people, skills, business choices, volumes of trade and therefore competitive pricing that is needed to keep it growing. A Marseille-based IXP, that already has a large number of peering global-content providers, will find that its presence attracts even more connections. This means that any Middle East operators who are also connected to this same Marseille IXP will be able to get content from these global providers more quickly and so provide a better quality of service to their subscribers and, ultimately to their end users – the businesses and consumers in the Middle East.

The opportunity for the Middle East

Middle Eastern network operators are showing interest in connecting to Marseille IXPs. This might be because content hosted in the South of France is accessible much faster than anywhere else in Europe but, as there are a number of content providers already in existence in the Middle East, it is also likely to be because they are able to peer with a large number of eyeball networks and gaming companies.

The launch of the Middle East Peering Forum at the Middle East Network Operators Group (MENOG) in 2013, was and important moment for the region’s blossoming internet industry and the establishment of local IXPs is a significant step. However, the industry will develop even faster with the help of long established IXPs that are happy to share their knowledge and experience. Marseille-based IXPs that partner with emerging Middle Eastern IXPs can provide invaluable help and education, empowering and enabling them to connect with Europe-based IXPs and so help improve connectivity in the region.

The role of the IXP is critical to the development of a robust internet in the Middle East, which in turn will contribute to regional economic growth. Without IXPs, the cost, complexity and performance of the internet would be untenable. In the Middle East, as with any rapidly growing marketplace, it will be the early adopters of the benefits of IXPs – whether based locally or in Marseille - that will reap the benefits.

Franck Simon has been Managing Director of France IX since its inception in 2010. He took up this role following 15 years as Technical Director of RENATER, the French academic network, where he spent ten years holding responsibility for the SFINX, the first Internet Exchange point ever created in France. Franck is very experienced in wide area networks (WAN) and backbones operators. He's also aware of the strategies and policies for interconnection between operators and of the context of peering in France and in Europe. Since 2012, Franck has also been involved in the AFNIC’s scientific committee and its contribution to the definition of future trends in internet infrastructure.

France IX is a non-profit internet exchange point with locations in Paris and Marseille. It was established in 2010 as a result of a survey among French operators which found that there was a great demand for a federative internet exchange in France.  Its founding members are Akamai, Jaguar Network, Neo Telecoms (later Zayo France), Interxion, Google and Bouygues Telecom.