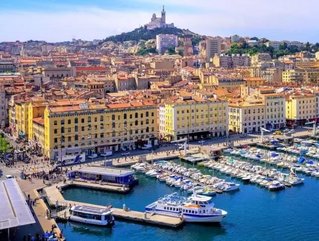 Marseille's standing as a centre for digital transformation has improved further with Interxion developing its second major data centre project in the French city.

MRS2, which comes four years after cloud computing innovator Interxion opened MRS1, is to be built in three phases at a cost of €76mn, with the centre set to offer 7MW of power and 4,400sqm of space for businesses to drive their cloud operations.

According to Interxion, Marseille has become the Mediterranean capital for telecoms, cloud and digital exchange, with its geographical position as the landing point for 13 submarine telecommunications cables generating a significant advantage.

The city is subsequently a crossroads of connectivity between southern Europe, Asia, Africa and the Middle East, and has become a strategic global hub for data exchange.

"Opening MRS2 is an important second step for Interxion in developing Marseille as a digital hub," said David Ruberg, Interxion CEO. "This investment in the heart of the Mediterranean will help us to respond to the growing demand of our customers who wish to expand to Marseille to develop their activity in Europe and to reach emerging markets in Africa, the Middle East and Asia."

Jean-Claude Gaudin, Mayor of Marseille, added: "We are particularly proud to attend the inauguration of Interxion’s MRS2 data centre, an addition to the several assets the Aix-Marseille-Provence Metropolis has in the digital field.

"These vast centres of IT servers that store and process data for companies support the digital transformation of our territory."