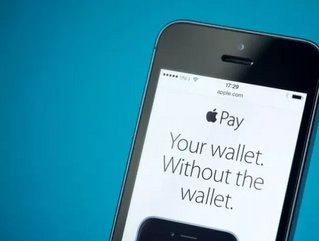 Tim Cook, boss of technology behemoth Apple, told a conference held by the Wall Street Journal about the instant success of the application, one which is certain to challenge the authority of the likes of PayPal and Google Wallet in the United States.

This said, paying for products via a smartphone is still a relatively new concept in Europe, but one which is likely to grow quickly as consumers begin to establish trust in the method.

Apple’s yield from this could be enormous. It picks up 0.15 percent of the cost of transactions, or 15 cents per $100 spend made via Apple Pay. If its huge smartphone user base were to adopt the payment app, the revenues to be had could be massive. However, it is not yet entering the European sphere.

On the Android side of the smartphone divide, Google is also yet to launch its Google Wallet payment method in Europe, with the service only available in the US for the time being.

Apple also has the advantage of extreme convenience with its Touch ID, meaning people can buy something with their fingerprint.

For those concerned about security, every card added to Apple Pay is assigned a token, which Apple calls a Dynamic Account Number. Each of these is stored in the secure element of the iPhone and accompanied by a unique cryptogram for each transaction. This effectively adds another security layer to the process.