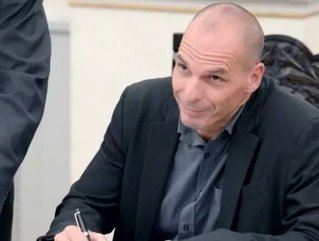 The left-leaning Greek cabinet has worked over the weekend to place its reform proposals before international creditors on Monday, February 23. Confident that an agreement can be reached, Finance Minister Yanis Varoufakis (pictured) said he was “absolutely confident” that the list of reforms would be ready for submission to the International Monetary Fund, the European Commission and the European Central Bank by the deadline, and that it would be approved.

Though the real possibility that Greece would leave the Eurozone has concentrated minds, the agreement reached on Friday to extend Greece's financial rescue programme by four months has increased optimism. Varoufakis has also affirmed that he is "almost certain" that the 18 eurozone finance ministers would be willing to approve the reforms.

Business leaders also appear to be growing in confidence. A CFO survey carried out by CNBC has revealed that the overwhelming majority of European executives - a total of 75 percent - believe that Greece will remain in the monetary union but will have negotiated different terms and conditions by this time next year.

While the conflict between the long standing EU condition that austerity must continue to be the order of the day if Greece is to receive further EU help, and the pledge of the Syriza government to end it, remains a key stumbling block, compromise is in the air. The French Prime Minister Manuel Valls has warned Europe against “Austerity for its own sake,” emphasizing that “punitive politics” is leading to rising populism and weakening the opportunity to recover growth and competitiveness in EU countries.

The list of measures to be taken is expected to rely heavily on clawing back unpaid tax from individuals and corporations. According to the German newspaper Bild, which declined to cite its sources, Greece intends to recover €7.3 billion from wealthy Greek tycoons and businesses across the board and to tighten up on the culture of tax evasion, upon which many blame the entire crisis.