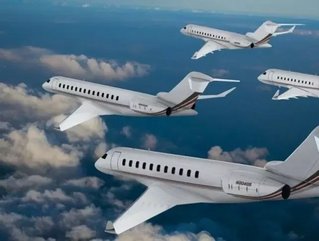 Canada’s Bombardier says that it expects to see a drop in plane sales in the Middle East region because of low oil prices.

The energy sector is the company’s largest source of revenue, with oil dropping in value by around 40 percent since June because of competition and production in America with shale and a refusal to curb production in the Middle East in a bid to win the price war.

Khader Mattar, Bombardier’s regional vice-president of sales for the Middle East, Africa and Turkey, said: “If the prices of oil continue to drop, as we have seen it in the past four to five weeks, then I suspect that there will be some decrease of sales in the region.”

Despite this, Mattar said that the region represents an area of great potential, predicting the number of business jets to hit 1,400 by 2033, driven by growing numbers of wealthy people in Turkey.

Bombardier has 100 business aircraft flying in the Middle East, representing a 25 percent market share. The plane maker has 22 aircraft in Saudi Arabia, 20 in Turkey, and 18 in the UAE.

For medium-size business jets, Bombardier’s Challenger series accounts for 60 percent of deliveries in the region.