Can Fintech rescue City of London jobs after Brexit? 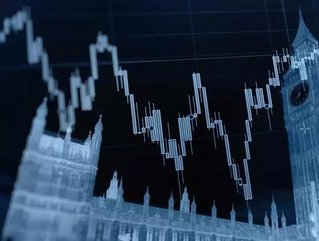 Bank of England Governor Mark Carney has recently claimed that Fintech could help promote growth and boost stability for the United Kingdom. But with things looking majorly uncertain for the City of London ahead of Brexit, Business Review Europe has decided to evaluate how much merit his comments might have.

Carney spoke last month at the UK Government's International Fintech Conference about how the bank could help build the right infrastructure for Fintech to realize its potential.

Things are looking altogether uncertain for the UK right now with an election pending at the start of June and subsequent negotiations due with the European Union. These talks will determine the whys and wherefores of the trade restrictions that will undoubtedly be placed on the island after the country’s exit from the union is formalized.

Tens of thousands of jobs are expected to be lost in the City, regardless of the result of those negotiations, but there is hope in some quarters that Fintech could soften the blow by creating jobs to compensate for those lost as a result of Brexit.

Bertrand Lavayssiere, who is a managing partner at financial consultancy zeb, believes that Fintech may provide a few of the answers to the conundrum that the UK’s impending exit from the EU will pose.

He says: “Depending on the outcomes of the Brexit deal, it may well be an avenue for creating new jobs.

“If, in the worst case scenario, thirty-to-forty thousand jobs are slashed in the wake of Brexit, as has been suggested, then I do believe that Fintech could create that same number of jobs over time.

“But it won’t happen immediately. It will take at least four years to generate that number of jobs. A more thorough analysis would also be required, to take into account the necessary transformation of jobs in existing IT legacy banking organizations.”

The Fintech sector received a further boost at the beginning of this month when Barclays, boosted by first-quarter profits ballooning to over £1.7 billion (or €2 billion), announced that it would be hiring more than 2,000 people over the next three years to help populate what will be Europe’s largest Fintech co-working space in London.

But Dr Nathalie Moreno, who is a partner in the technology, commercial and data privacy team at British law firm Lewis Silkin LLP, predicts that while Fintech might lead to the creation of new jobs, that alone is unlikely to compensate for the profound impact Brexit is set to have on the City.

“It is interesting that Barclays’ recruitment drive around Fintech could be seen as having a wholly positive impact on the City’s employment health in the run up to Brexit," she says.

"The growth of Fintech within banks, by its very nature, is geared towards creating better efficiencies by increasing automation and streamlining the customer experience. Fundamentally, that means a potential shedding of job roles and a reduction in demand for people in City jobs – and banks in the City continue to shed their workforce at a rapid rate.

“While Fintech may create one or two specialist roles to help implement and run the systems, this does not and will not offset the many job losses that will occur. These newly created roles represent a fraction of the attrition."

Moreno points to the fact the City has been shedding job opportunities for years, a trend driven by increased regulation and outsourcing.

“The growth of Fintech will benefit some, namely the bank management and the Fintech organizations themselves, but a substantive impact on overall employment is highly unlikely.

“This is especially acute as we move ever closer to a full Brexit, which will cost tens of thousands of jobs in the financial sector."

Although nobody can yet be certain how much of a role Fintech will play in the City jobs market after Brexit, a role it will certainly have.

As Carney told his conference audience, the City is both "the world's leading international financial center and its global hub for Fintech". The ongoing investments of Barclays and others suggest they believe that's not likely to have changed once the dust settles on Brexit.