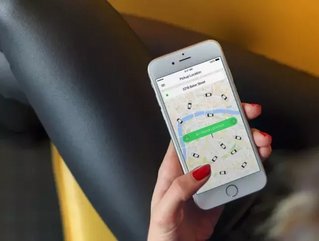 Daimler is the leading backer in the latest funding drive into Uber's European rival Taxify, with the round raising $175mn.

Taxify, which was founded in Estonia in 2013 and has grown to operate in 25 countries with 500,000 drivers, has seen its value pass the $1bn mark for the first time after details of the investment were released.

Investors who joined Daimler in the round included the Chinese ride-sharing giant Didi, Europe-based Korelya Capital and Estonian fintech investor Taavet Hinrikus. As part of their terms of the deal, Daimler will take a seat on Taxify's board.

Taxify is set to invest the capital into a growth plan for central and eastern Europe and Africa, with rival Uber having faced a number of licensing struggles across the continent over recent years.

"We’re on a mission to build the future of mobility, and it’s great to have the support of investors like Daimler and Didi," said CEO and co-founder Markus Villig in a statement. "This is just the beginning as more and more people give up on car ownership and opt for on-demand transportation."

In recent months, Business Chief has reported on similar investments made by Daimler as it prepares for the future of mobility, including the purchase of a 10% stake in British mapping startup what3words and its acquisition of carsharing business car2go Europe.