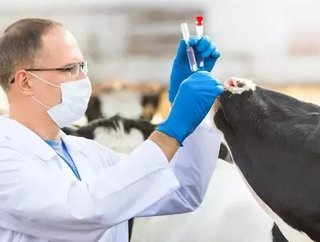 French medical giant Sanofi has been given the go ahead by the EU to sell its animal health unit Merial to German pharma Boehringer Ingelheim.

The decision is conditional on the divestment of a number of animal health vaccines and pharmaceuticals.

The proposed transaction leads to a combination of two key competitors in the development, manufacturing, marketing and sale of animal health products across the European Economic Area (EEA).

The Commission found that competition concerns arose in the area of biologicals and pharmaceuticals. It identified several markets where BI and Merial's products are in competition with each other, namely different types of porcine and bovine vaccines, as well as non-steroidal anti-inflammatory drugs (NSAID) in injectable formsand NSAID in tablets for horses.

In these markets, the Commission found that either BI or Merial was a strong player in the market, while the other was either already competing or developing a product in order to do so. In view of these findings and the limited number of other players in the market, the Commission concluded that the elimination of one of the merging companies would harm competition for the supply of these products in Europe, with a risk of price increases and loss of quality of service and supply.

The Commission found no competition concerns for pharmaceuticals other than NSAIDs and for feed supplements since the companies' market positions are limited and important competitors will remain active on these markets.

Given the specific nature of these products, and in particular the stability and the consistency of all production processes involved, the divestment includes the full transfer of production technology (antigens and finished products) to the purchaser. During the transfer, BI and Merial committed to provide the purchaser with full technical support and a transitional supply agreement.

To ensure the success of the production transfer and the effectiveness of the commitments it was necessary to identify a purchaser able to take over the divested products. BI committed to carry out the technology transfer to Ceva Santé Animale (Ceva). Ceva is an established company in the animal health sector with expertise and experience in the relevant production technologies and an established distribution and marketing network throughout Europe. This transaction will require separate merger approval from the relevant competition authorities.

After the investigation and following a market test, the Commission concluded that the commitments addressed the identified competition concerns. In particular, the companies proposed a suitable purchaser with strong capabilities and incentives to run the divested businesses successfully in the long term.