European markets react to Trump: the early winners and losers 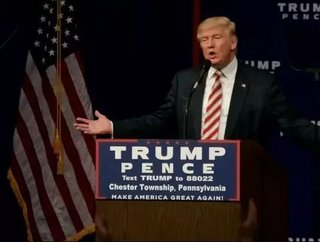 Republican political outsider and business billionaire Donald Trump’s election victory has spurred movements in markets around the world, with some European stocks taking a hit as the result developed overnight.

Markets have been reacting but not as wildly as some may have thought. Like the UK’s vote on membership of the European Union, the business world and indeed many others did not see this outcome materialising. And the status quo candidate’s failure to win has left uncertainty around Trump’s stance on trade and foreign relations. However, the confusion and uncertainty over what a Trump regime will look like could explain the lack of mega shockwaves.

Some early winners and losers are apparent though. The STOXX Europe 600 has fallen 1.1 percent, though this is not at lows seen previously. Some safe havens have been performing well, with money flowing into Swiss stocks, gold and currencies like the yen, which is far outperforming other major currencies.

Gold stocks have fared well, having its best day since Britain's vote to leave the EU. Fresnillo rose 10 percent, also helped by a slumping Mexican peso, and was the best performing stock across the Stoxx 600.

On the FTSE, major fallers have been asset managers, insurance companies and banks. Pharmaceutical and mining sectors appear to have done well, early indications suggest.

The BBC’s Today business presenter Dominic O’Connell has said: “In the end, though, the most likely explanation for the market's relative calm is confusion.

“The markets know as little about a Trump presidency as anyone else, and trying to seek a safe haven when no-one quite knows the direction of the world's largest economy is tricky. Better to sit on your hands and see what happens.”