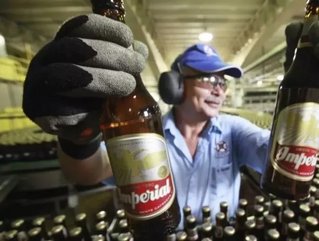 The global brewer and producer of Peroni holds a 39.6 percent share which spans back to 2002, but it has now decided to review its non-core activities.

Here are four key points explaining the nature of the proposition and thought process behind it:

1 – SABMiller’s stake is worth around $1.09 billion which will be sold as 305 million shares to South African and international investors, with Tsogo Sun able to buy back at least 130 million shares for approximately $260 million.

2 – Shares of Tsogo Sun, operator of 90 hotels in Africa, the Middle East and the Seychelles alongside casinos, theatres and restaurants, dropped by 3.8 percent after the announcement.

3 – Chief Executive of SABMiller Alan Clark said that gaming and hotels were not core operations and that the time was right to concentrate on making more beer in emerging markets like Africa, Asia and Latin America.

4 – SABMiller intends to re-invest the proceeds of the sale, with some earmarked especially for its African projects.

Alan Clark, Chief Executive of SABMiller said: “SABMiller has been a supportive shareholder of Tsogo Sun since 2002, when we transferred our existing gaming and hotel assets into Tsogo Sun as part of a landmark Black Economic Empowerment transaction. The business has performed well over the years.

“The merger with Gold Reef Resorts in 2011, and the resultant listing on the JSE, has transformed Tsogo Sun.”

More information be found from SABMiller at: http://www.sabmiller.com/docs/default-source/press-releases/disposal-of-tsogo-sun-shareholding.pdf?sfvrsn=4