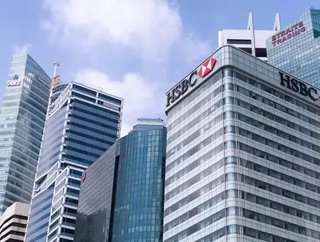 The company, being Europe’s biggest bank, claims that its success follows its strategic decision to focus on its Asia operations.

Despite being based in the UK, the majority of the Bank’s profits are contributed from foreign business.

China’s Belt and Road initiative is thought to have encouraged Asian trade deals and lending, spurring the continent to contribute to the majority of HSBC’s global profits.

"A large increase in reported profit before tax reflected both a healthy business and the non-recurrence of significant items from 2016," the BBC reported Mark Tucker, Group Chairman of HSBC, stating.

“HSBC is comfortably the second largest dividend payer in the UK, but a long process of restructuring has meant almost no growth in dividends for four years," commented Justin Cooper, CEO of Link Market Services, part of Link Asset Services.

"As such a large player, it has therefore acted as a significant drag on the overall performance of dividends from UK plc," he added.

"The bank is back in growth mode, but we shouldn't expect a bounce-back in payouts in 2018. Moreover, the dollar is weaker against the pound year-on-year, so in sterling terms, even a modest increase is likely to be obscured by exchange-rate effects.”

The Chief Executive Officer of the firm, Stuart Gulliver, is to be succeeded by John Flint on 21 February, following seven years holding the position.

Flint ha previously worked as the Head of Retail Banking and Wealth Management at HSBC.