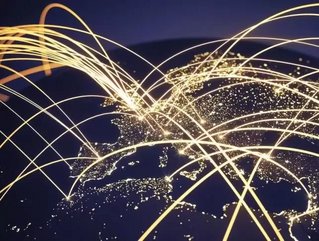 Iliad, the French telecommunications group, has paid €320mn for a 31.6% stake in Ireland's largest telco, eir.

Xavier Niel, the founder and owner of Iliad, has also stumped up enough cash for a 32.9% stake of his own through his holding company NJJ, meaning Niel now effectively has a majority shareholding in the Dublin-based company.

He has promised 'substantial investment' into eir, which has the largest fiber access network in Ireland including a fully integrated fixed and mobile network, and earned revenues of over €1bn in its last financial year.

"We are a long-term investor in the telecoms sector and bring global knowhow to eir," Niel said in a statement. "We want to invest for the future of Ireland."

Carl Leaver, Chairman of Eircom Holdings (Ireland) Limited, added: "Today marks an important milestone for eir, our customers and indeed for Ireland itself. Iliad and NJJ Telecom Europe bring a wealth of global telecommunications experience which will be of huge benefit to eir and its customers."

Iliad, the parent company of Free, which is behind numerous innovation in broadband technology, has a call option to take over full control of eir in 2024 with the acquisition of 80% of NJJ's stake.