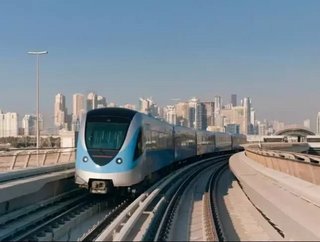 While oil and gas count for 37 percent of Qatar’s economy, its diversification and dedication to other industries means it’s growing rapidly and providing an attractive option to investors.

The Qatar Investment Fund gives investors based in the UK access to the Qatar Stock Market. We spoke to the Chairman of the fund Nick Wilson, he said: “The portfolio is actively managed and currently we have all our assets, aside from cash, invested in Qatar. We have the power to invest up to 15 percent elsewhere but, given the value offered by the Qatar Stock Market, everything is invested there.”

While oil and gas account for a large portion of the Qatar economy, there aren’t any hydrocarbon companies publically listed on the stock market, this is because they are all wholly owned by the government. Wilson explained where the Qatar Investment Fund directs its money, he said: “We chose the banking sector as the best proxy for the economy as a whole.”

Low oil prices have affected Qatar and while the diversification into other industries keeps the country profitable, it’s not immune. Wilson said: “The oil price is going to be a bit of a cloud over the markets in the region. It’s no secret that the oil price has fallen and the daily surplus of production over consumption has increased. With Iran coming into the market it’s probably going to increase further.

“This is part of the hydrocarbon cycle. If you look at the forecasts of the oil administration in the USA, it looks like production and consumption are not going to come into balance until early 2017.

“Any sustained recovery could only come around before that time if there was cooperation between OPEC (Organization of the Petroleum Exporting Countries) and non-OPEC.”

Qatar’s growth is strong across the board and it has the highest GDP in the region. Now is the time to invest in the country because stock prices are low despite the projected growth across the non-hydrocarbon industries in Qatar.

Wilson said: “Forecasts predict 6 to 6.5 percent growth in 2016. There will be strong growth in non-hydrocarbon sector, in particular. Qatar has diversified so much that oil and gas now only account for 37 percent of the economy.”

Many industries are showing strong signs of growth. For example, Qatar is home to one of the largest airlines in the region. Qatar Airways is a global competitor in the industry and the new Hamad International Airport will be able to handle 50 million passengers once phase two is complete in 2017.

Tourism is also on the rise in Qatar, as Wilson explained: “There was an increase in number of visitors to the country last year and this is expected to continue. Over the past four years 49 new hotels have been built. That’s a lot of extra beds but occupancy rates have increased despite of this, which really showcases demand.”

As for manufacturing, one of the largest aluminium plants in the world is situated in Qatar, and the country also produces a lot of fertiliser.

Wilson said: “A lot of the non-hydrocarbon growth is off the back of huge infrastructure spend. There are a lot of big projects to be completed in the next five years, totalling around $200 billion. Qatar has the highest planned project spend in the region, in fact the country is building an entire new city with a population equivalent to Edinburgh.

“There’s a new port being built that’s employing lots of people, with a cost of $17 billion. There’s also a new metro system for Doha – which is just over half the size of the London Underground – and plenty of new rail links to other GCC countries.”

It’s not just the economy that’s growing but Qatar’s population too. The population is increasing by around 10 percent per year, with lots of expats moving to the country to help with infrastructure build.  Unemployment is very low at around one percent.

Qatar’s interests aren’t solely located in its own country. Wilson said: “In addition to its own strong economy, Qatar has the Sovereign Wealth Fund, which invests outside the country. Qatar owns the majority of The Shard, a number of hotels in London and a portion of Camden market. They get income from these investments, which helps with the budget.”

The country is also putting a great emphasis on human capital too, something which is very evident from the university campuses that sit on the outskirts of Doha. Wilson said: “The Education City covers around 14 square kilometres and there are six major US universities with campuses there, University College London also has a presence. It’s something a lot of people don’t know about.

“There have also been 39 new schools opened in Qatar in the last year and there are plans to open another 40.”

The outlook for the next year is very good and Qatar is in a much better position than many other countries in the region. Wilson concluded: “Because of the continued diversification by the government, the coming year looks good despite the low oil prices.

“Population growth is giving Qatar a lot of benefit in a number of sectors. Financial services and banks are doing well off the population growth; consumer goods companies are growing rapidly too. Because of the link in investors’ minds between the oil price and Gulf countries, the stock price has been pushed down to the stage where ratios are well below the 10-year average and the dividend yield on listed stock is over 6 percent. It’s at a very attractive level.”

Find out more about the Qatar Investment Fund and read the fourth quarter report for 2015 here.

This article originally appeared in the March 2016 issue of Business Review Middle East.