Investment in British auto industry falls in the face of Brexit 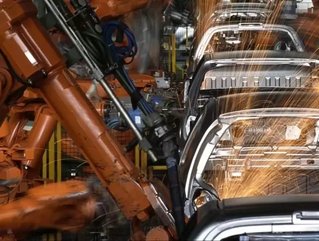 According to the Society of Motor Manufacturers and Traders (SMMT), the UK’s largest car manufacturing lobby, Brexit is leading to significant uncertainty within the regional auto manufacturing industry.

The SMMT showed that there is reason to be optimistic, with automotive manufacturing reaching a record £82bn turnover last year, adding £20.2bn in value to the UK economy.

However, new investments in the industry have dramatically fallen during 2018, leading to cause for concern.

The report reveals that publicly announced investments into new plant, machinery, tooling and equipment, models and model development totaled £347.3mn between in H1 2018, down from the £647.4mn recorded during the same six-month period a year ago.

As a result, SMMT has called for both swifter progress and a minimum requirement that will see the UK maintaining greater customs union membership in order to prioritise the needs of the sector that employs more than 800,000 people across Britain.

“There is no Brexit dividend for our industry, particularly in what is an increasingly hostile and protectionist global trading environment,” said Mike Hawes, SMMT CEO.

“Our message to the government is that until it can demonstrate exactly how a new model for customs and trade with the EU can replicate the benefits we currently enjoy, don’t change it.”

In total, more than half of the UK’s total $1.1tn in trade took place with the EU last year.