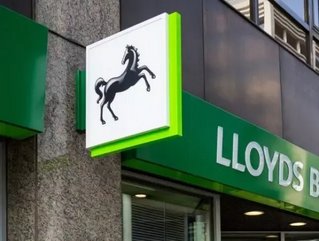 Although the revelation that Lloyds is to cut 9,000 jobs and close 200 branches stole many UK headlines, the state-backed bank is moving intently towards a digital financial era, and about time.

The automation of many in-branch services, which footfall figures show are being used less and less, and push towards online and app-based banking represents an alignment with other traditional high-street industries like retail and travel that have been doing the same for many years.

Lloyds Banking Group (LBG) said it was targeting a return on equity from its new directive of 13.5-15 percent by the end of 2017, a massive hike from the 5.5 percent predicted for this year. The company is looking to save roughly £1 billion a year.

By 2017 however, the likes of Apple Pay and Google Wallet will almost-certainly be enmeshed into the payment psyche of a great number of smartphone consumers and app users, and banks should take notice.

Three years’ ago Lloyds had no customers using services on mobile and this year it is estimating that five million will have done. Its relatively new app now allows customers to view and cancel direct debits and set up standing orders alongside all the other usual internet banking functions.

Rated four stars on Google Play from around 22,500 votes, it seems the basic banking functionality has passed the test and in short time.

But given this is such a heavyweight and wealthy industry generating billions in profits each year, this is the absolute minimum consumers should expect in the digital age.

Although not yet available in Europe, giant US banks like American Express and Bank of America are on board with Apple Pay, and the likes of Lloyds should be readying themselves for the advent of these smart services in the UK and elsewhere.

READ MORE: When Will Apple Pay and Google Wallet Arrive in Europe?

The synching of Google Wallet and Apple Pay with bank accounts will certainly be a welcome move in Europe, but this will represent another case of the financial sector following the line drawn by other, more innovative industries.

Apple Pay and Google Wallet allow customers to purchase online and in-store at the touch of a button (or fingerprint in the case of Apple and Touch ID), removing the need to use a bank card and enter numerous passwords for individual retailer websites. It is a huge invasion into the space occupied by PayPal in some respects.

Whether a banking app which could carry out the same buying functions (allowing all elements of banking and purchasing to be conducted through one app) would be rated useful by consumers, is doubtlessly an interesting question.

That this hasn’t been explored seriously already given that smartphones have been around for more than seven years is somewhat surprising.

Certainly all the statistics point towards LBG’s charge towards digital as a no-brainer, no better emphasised than the fact that UK bank customers are now making around £1 billion of mobile and internet transactions every day.