A profile of Oman’s economy 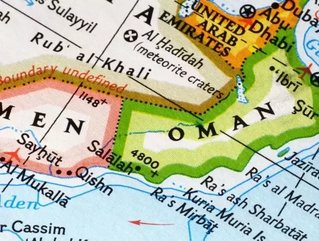 Oman is the oldest independent state in the Arab world. It ranks 64th in GDP (gross domestic product) rankings on the globe and has only got a 15 percent unemployment rate.

Oman exports over $48 billion worth of petroleum, re-exports, fish, metals and textiles and it imports more than $23 billion worth of machinery and transport equipment, manufactured goods, food and livestock.

An important part of Oman’s economy is fishing, but like a lot of other Gulf nations, the economy of Oman is predominately dominated by oil. Oil provides a large chunk of the country’s GDP. But compared to its neighbours, Oman is not that big of a producer.

Over 5 and a half billion barrels of crude oil reserve account for 1.2 percent of the total GCC reserves (which is nearly 0.4 percent of the globes total reserves).

Based on Oman’s current oil production of 806,000 barrels a day, oil reserves are predicted to last for the next 19 years.

Between 2003 and 2008 was the best time frame for the economy in Oman in regards to economic performance from the sustained high oil prices. This has helped to build Oman’s twin surpluses (budget and trade surpluses), and foreign reserves.

In 2009, Oman’s budget surplus significantly dropped due to the world oil market. This slowed the pace of investment and development projects in the country.

After using enhanced oil recovery techniques, the country increased its oil production in 2009, which gave Oman the time to diversify.

As well as oil, agriculture and fishing, tourism is another source of revenue for Oman. Oman's attractions include a largely-untampered with coastline along with mountains, deserts and the countries capital Muscat, which has forts, palaces and is an old walled city.