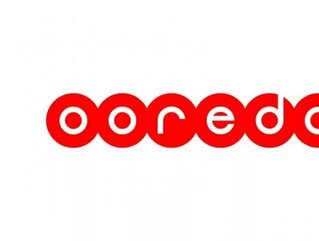 Ooredoo is a leading international communications company that delivers mobile, fixed, broadband internet and corporate managed services that are fitted around the needs of consumers and businesses across markets in the Middle East, North Africa and Southeast Asia.

Omani Qatari Telecommunications Company SAOG (Ooredoo) was founded and registered in the Sultanate of Oman in 2004. It launched its service in March 2005 as the challenger mobile operator in Oman, originally operating under the name Nawras.

Ooredoo Oman has welcomed Ian Dench into the company as the new Chief Executive Officer. Dench is joining the Company from the Ooredoo Group (where he served as Group Chief Commercial Officer). He has over 25 years of experience in leading telecommunications companies from around the globe and will continue to grow Ooredoo’s established success.

Ian Dench has worked in telecommunications companies all across Europe, Asia and the Middle East. Before joining Ooredoo, he was the Head of Sales and Marketing operations for Batelco.  He has also held a variety of senior leadership positions with O2 and British Telecom.

Ian joined Ooredoo Qatar operations in 2006 as the Executive Director, Corporate and VIP Accounts. In 2012, he was appointed as the Chief Marketing Officer (CMO). He was a key member of the Ooredoo Qatar leadership team and had significantly contributed in building Ooredoo’s market share in Qatar through developing and maintaining strong product and service portfolios.

Ian is a Member of the Board of Indosat Ooredoo, NavLink and an advisory board member for the Asia Pacific Internet Group.

As the CEO of Ooredoo, Ian will lead the company through the next phase of network enhancements and the digital evolution of products and services to customers across Oman.