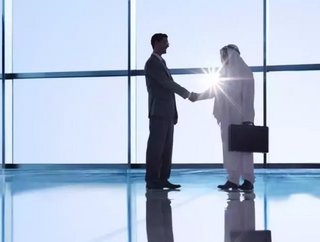 Although the GCC’s growth rate is still impressive in comparison to other global consulting markets, it is a markedly lower than the region has been used to (25 percent in 2013 and 15 percent in 2014), so the mood amongst its management consultants has changed as a result.

These findings are published today in a new report from global consulting market analysts, Source Global Research (Source). The report says that low oil prices impacted the GCC’s entire consulting market, but the effect was felt especially keenly in Saudi Arabia, where it has hastened an already urgent programme of economic reform and diversification. Consultants told the report that without public sector spending in Saudi Arabia, this surprisingly buoyant market might be anything but.

Edward Haigh, Director of Source Global Research, and author of the report, said: “The scale of the challenge facing Saudi Arabia in diversifying its economy, is also a huge opportunity for consulting firms. However, the big question for consultants, is how long the Saudi government will keep spending against a backdrop of dramatically reduced oil revenues.”

Gerard Gallagher, Managing Partner at EY, added: “Saudi Arabia has clearly been challenged by declining oil revenues, but in response, the Kingdom is transforming itself on a scale and at a pace rarely seen on a national level. The soon-to-be-rolled-out National Transformation Program should drive economic diversification and enable social and developmental change across the country. We expect the consulting industry to be actively engaged in this process.”

In contrast, the UAE, the second largest GCC consulting market, grew by 4.3 percent to $788million. Although consultants are not benefiting as much in the UAE (as it already has a diversified economy and therefore less urgency to change), the report says that Saudi Arabia could do a lot worse than follow the example set by the UAE (or at least by Dubai) when it comes to diversification.

Saudi Arabia’s government isn’t alone in turning to consultants, as the problems faced by governments across the GCC has once again led to double-digit growth - up 11.7 percent to $856million. However, growth has slowed (from 19.3 percent in 2014) as governments scrap what is seen as non-essential work, but investment in building a physical and social infrastructure fit for the future continues.

Digital is also playing an important role as governments explore how they can deliver services digitally as part of their reform agenda. The report says that the region’s high penetration of internet-capable devices encourages this and has led to initiatives around e-government, e-health and e-learning.

Consultants right across the region talk about a shift away from growth and towards efficiency. The fastest growing consulting service lines in the market in 2015 were technology, which grew 12.2 percent to $895million and operational improvement, up 12 percent to $534million. Operational improvement in particular is growing as clients, particularly in the all-important public and financial services sectors are looking to take cost out of their operations.

Although it only makes up a small proportion, the healthcare, pharma and biotech industry was the fastest-growing part of the GCC consulting market in 2015, expanding 14.7 percent to $174million. The report says providing better healthcare is a central tenet of the social infrastructure agenda across the region, and there’s significant investment in better hospitals, clinics, and the standard of care on offer.

In a market in which projects are being cancelled, payments delayed and prices reduced, the big global firms are the ones doing best. Source says despite already having the biggest share of the GCC consulting market it was the Big Four firms who grew faster than anyone else in 2015, expanding 13.7 percent to $913million. Their big balance sheets create internal stability where there is external disarray and mean they can weather storms much more easily than their small counterparts.

Edward Haigh from Source concluded: “If you want to understand why the GCC consulting market remains one of the fastest-growing in the entire world despite the impact of the low oil price then it’s not oil you need to focus on, it’s diversification. It’s not the fact that Saudi Arabia has spent close to 15 percent of its entire foreign reserves in the last year alone to make up for a shortfall in oil revenues, it’s the fact that, for consultants, it currently represents the mother of all transformation projects.”