Saudi Arabia to Open Up Stock Market to Foreign Investors 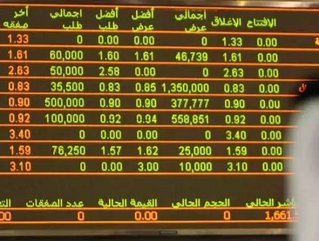 Foreign investors will be entering Saudi Arabia’s $531 billion stock market after the government sanctioned the relaxation of foreign ownership restrictions.

According to the country’s official news agency SPA, the kingdom’s cabinet has allowed foreign financial institutions to buy and sell stocks directly on the Tadawul All Share Index during the first half of next year.

Currently only one percent of Saudi stocks are foreign-owned, unlike neighbours Qatar and the UAE where overseas investors hold significant interest in native companies. Saudi Arabia is home to enormous blue chip companies such as Saudi Arabia Basic Industries and Kingdom Holding.

Speculation over a move such as this was fuelled back in 2008 when foreign investors were given permission to buy and sell shares via swap agreements with authorised companies.

The scheme was shunned by many participants as it required them to trade stocks through intermediaries and excluded some of the benefits of share ownership, such as voting rights.

A 10 percent relaxation in foreign ownership rules could lure in up to $50 billion from abroad according to private equity firms in the Middle East, with specific details on the rules due sometime in August.

This could also bring benefits to the likes of the UAE and Qatar.