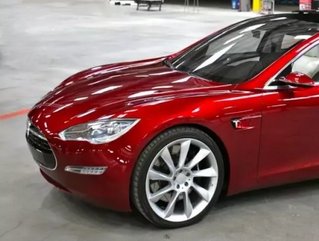 Tesla will join the automated vehicle race by offering high-tech features which include the ability for the car to remain in its own lane.

On receipt of these rumours, received by AutoNews by a source close to the company, Tesla’s share price went up by around two percent to $260.62.

The producer of the Model S luxury sedan is adding electronic features that help drive the car and thus reduce the strain of traffic congestion, following the likes of other European car makers including Audi and Mercedes-Benz.

Honda has already released a system which keeps its luxury CR-V in its lane.

Recently Tesla CEO Elon Musk told CNN that the company will have a car capable of driving 90 percent of its travelled miles on autopilot next year.

This is a subtle point of difference to Google’s plans, as Musk has said he prefers a system similar to that used by airline pilots over a programme which attempts to handle all elements of driving all of the time.

The driverless feature should come as a natural evolution to Tesla given it solely operates in the luxury-end market.

It has been a remarkable year for the sustainable car manufacturer, underlined by the fact that it has 21,000 reservations for its upcoming Model X even though nobody has seen its final design.

Tesla will announce its driverless plans formerly on October 9.