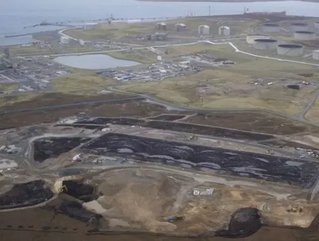 Total, together with its partner DONG E&P, has decided to launch the development of the Edradour gas field in the West of Shetland area in a project estimated to cost £340 million.

The site at Eradour is due to begin production in the latter quarter of 2017 and should reach levels of 17,000 barrels of oil equivalent a day.

The development plan consists of the conversion of the discovery well into a production well and a 16 kilometre production pipeline tied back to the main Laggan-Tormore flowline.

Total operates the Edradour discovery with a 75 percent interest together with its partner DONG E&P (UK) Limited (25 percent). In addition, Total has acquired a 60 percent interest in the neighbouring Glenlivet discovery.

The tie backs of Edradour and Glenlivet to Laggan-Tormore are expected to add reserves of more than 65 million barrels of oil equivalent to the region.

Patrice de Vivies, Total’s Senior Vice President Exploration & Production, Northern Europe, said:  “With the upcoming start up of Laggan-Tormore, the sanction of Edradour and the entry into Glenlivet, Total is establishing a new strategic hub in the West of Shetland area”.

“The sanction of Edradour also demonstrates our focus on cost discipline. The development was put on hold in 2013 due to significant cost increases following the tendering process, but subsequent negotiations with the contractors have reduced the costs to an acceptable level, allowing us to successfully launch the project.”