TWINO's Jevgenijs Kazanins on why Europe's fintech must go international 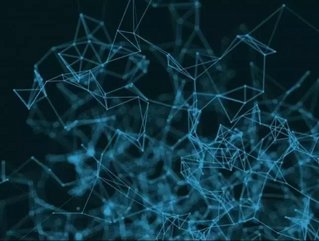 To say euro-scepticism and anti-globalist rhetoric has been on the rise in the last few years is far from breaking news.

From Brexit to the rise of the ‘alt-right’ across the continent, Europe has demonstrated an increased capacity to look inward. If peer-to-peer lending operators want to compete with their Chinese and US counterparts however, Fintech must look internationally.

The good news is that this process has already started. We need only look to Klarna, the Swedish e-commerce company which launched its P2P app Wavy earlier this month, granting users access to over 30 European markets. In fact, from a holistic perspective, we have seen a sharp rise in European funding deals, doubling European Fintech investment between the first and second quarter of 2017. Ireland played a part in this growth, with Dublin poised to become a legitimate ‘Fintech hub’ akin to London, Berlin and Paris.

Confronted with these examples you could forgive consumers for breathing a sigh of relief. Investors are consistently attempting to diversify their portfolios; to successfully scale up, there is an ever-increasing need to go international. It is clear current rates of growth will stagnate should operators be constrained by their respective country borders.

The bad news is that regulators are failing to keep pace with this exploding industry. In 2015, The European Commission (EC) completed a consultation designed to assess how Fintech companies could best use the single market to increase competitiveness and efficiency in the financial services. Two years on and we’re yet to see any significant improvement.

The EC has an important part to play in Fintech’s future. Despite having access to the single market, Fintech companies seeking to expand their operations into Europe are confronted by a myriad of diverse regulatory environments, no doubt dissuading many from internationalising their operations.

For Fintech companies looking to internationalise, there are 3 key issues that constrict European P2P’s from flourishing:

The fact that peer-to-peer lending is online only makes it unique. However, in an era saturated with fears over cyber-security every country has their own identification requirements. From background checks to in-person verification, the sharply contrasting requirements make it unfeasible for many lenders to expand their operations into Europe.

There remains no unified reporting metric for the alternative lending market. The P2P market has grown at such a rapid rate that many are still playing catch up. Both investors and lenders should be able to accurately compare investment opportunities.

In conjunction to KPMG, we at TWINO recently published our ‘European alternative lending index’ as a response to this problem.

Unifying regulatory standards is not simply a solution to problems of taxation and identification. Every country has different processing and data storage requirements. This requires companies to use a significant amount of their capital adapting their business procedures. By doing so, this raises the barrier of entry for many companies looking to internationalise.

The solution to these problems lies in the reformation of the regulatory environment.

Regulation of lenders and lending

Regulation has not, and will not, remain static. The FCA is due to launch an extensive review of P2P lending, with the aim of standardising the practice between platforms in the UK. When you look at those companies attempting to expand across Europe, the effects of regulation are compounded.

There has been significant growth in the consumer lending market in Europe, but countries have developed their own bespoke approach to regulating consumer lending. In Spain, regulation is practically non-existent, but in Germany, non-bank lenders require a partner bank to lend to consumers in the first place.

We have seen similar growth in the alternative lending market, with similar problems of disparate regulations. In Austria, for example, the law requires lenders to use subordinated loans, a concept foreign to the UK. Right now, operators are faced with different levels of taxation as well as different peer-to-peer regulatory structures.

As regulation continues to tighten, the huge benefit that traditional banks enjoy becomes more apparent, namely their ability to passport across the EU. European passportable licences do not currently exist for peer-to-peer lenders. The implementation of such licences is quickly becoming a necessity.

Who will lead the unification?

The single market affords European P2P lenders a great opportunity, though there is a great deal of transformation required before it can be effectively leveraged. A few years ago, many would have looked to the UK to lead this de-fragmentation of Europe. Whilst they still have the most advanced alternative lending market, political uncertainty caused by Brexit and the June election forces us to look for another spearhead.

The top two contenders are Germany and France, both of whom have highly developed P2P markets. Since the inception of Emmanuel Macron’s En Marche! movement, de-regulation and the reformation of labour laws have been a key component of his campaign. Germany on the other hand has positioned itself as the strong and stable political leaders of Europe. Coupled with the fact that its Fintech market is growing at a faster rate than even the UK’s, it is quickly becoming the top candidate to push through the digital single market.

Germany and France aren’t alone either. Countries such as Hungary, Poland, Latvia and Ireland have all been highlighted as potentially becoming P2P powerhouses in the near future. With a strong push from the Germans, and a concerted effort amongst lobbyists, we could see the unification of Europe’s market sooner rather than later. Moreover, the P2P landscape has changed dramatically over the last year – emerging markets such as Russia, Kazakhstan and Finland are quickly leaving their footprint on the P2P map. Indeed, the next game changers may have already revealed themselves.

This is not to say the industry must demand looser regulation per se, rather that government bodies and financial institutions must encourage consistency in how Fintech businesses are treated from country to country.