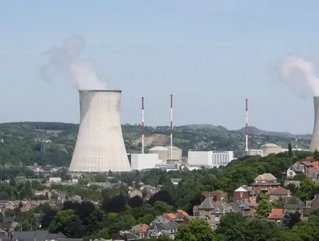 Electrabel may be forced to keep two of its Belgian nuclear reactors offline until the new year and could even halt activity permanently amid safety concerns, according to state broadcaster VRT.

The GDF Suez-owned unit had been told by Belgium’s nuclear regulator to stop production at the plants in question – Tihange 2 and Doel 3 - in 2012, after finding cracks in their core tanks.

After re-opening in May last year, concerns over the strength of the tanks were raised with the sites closed once more in March 2014. Interim results show that the cracks found in 2012 were behind the weakening state of the tanks, although complete results are yet to be confirmed.

It is an enormous blow to the country’s nuclear sector, with more than half of its capacity offline as another reactor, Doel 4, is closed because of damage to its turbine. More than three GW is being lost at present.

Electrabel said its Doel 4 nuclear reactor would stay offline at least until the end of this year after major damage to its turbine, with the cause confirmed as sabotage.

GDF-Suez has said that the closures could cost the company around €40 million a month in lost income.