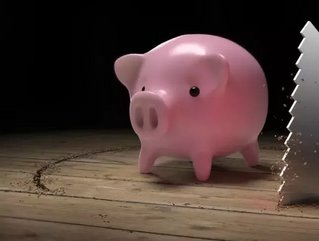 The annual inflation in the UK, as measured by the Consumer Prices Index, rose by 0.3%, helped by small falls in food and fuel prices.

British annual inflation has been below the Bank of England's 2 percent target for two years and last year it was zero, the lowest since comparable records began in 1950.

The BoE said earlier this month that it expected inflation to stay below 1 percent all year and to undershoot its target until 2018, due to the global slump in oil prices, the effect of past rises in sterling and lacklustre wage growth.

Despite the slight rise in inflation, very few economists expect interest rates to rise with it. This is due to fears over the global economy and a need to hold onto Britain’s moderate recovery. Many financial markets do not expect the interest rates to rise until towards the end of the decade and some economists say the Bank of England could even cut its rates below the 0.5% where it’s been for the past seven years.

The rise in inflation is down to the rising price of clothing and alcohol, which bolsters falling oil and food prices.

Alcohol and tobacco grew by 1.3% compared with January 2015. Despite the rise in the Consumer Price Index, the Bank of England predict inflation will stay below its predicted 2% for some time yet.