Is Volkswagen scrapping the Beetle in 2018? 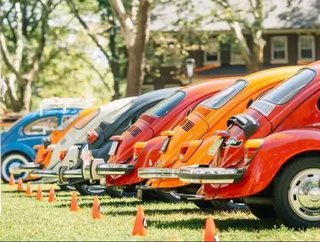 The Volkswagen Beetle, one of the most iconic cars ever produced in history, is reportedly being shelved by the German automaker as early as 2018.

A number of sources are citing speculation that VW may end production of the Beetle in order to concentrate manufacturing resource on the Tiguan. The company revived the classic small car in 1997 and was recently redesigned in 2012, although it has struggled to generate huge numbers of sales, with the Golf outstripping the Beetle by as much as two to one in the USA.

Rumours have stemmed from a tweet by Autoline, stating: “Good bye Beetle. VW to axe its iconic car at end of 2018. Sales are slowing to a trickle and VW needs more CUVs."

Revelations from the company itself, however, have been somewhat silent.

VW’s board member for research and development told Autoblog that the manufacturer was actually in the process of planning a third generation Beetle, though he has since been removed from the company in the wake of the emissions scandal.

Volkswagen is spending enormous sums on putting the emissions problem right, which is believed to be partly behind the new focus on SUVs and crossover models. It is yet to confirm whether the Beetle speculation is true.