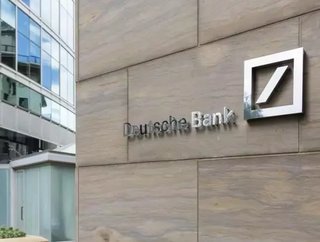 Germany’s biggest lender Deutsche Bank is in serious turmoil. Share prices have dropped to an all-time low amid fears the bank’s stash of capital will be badly dented by imminent legal fees.

A drop of over four percent to €10.93 per share means the company has lost more than half of its value over the course of 2016.

The crux of the crisis revolves around a US lawsuit into residential mortgage-backed securities. In short, it is accused of falsely propping up the US mortgage market in the run up the 2008 financial crisis. Deutsche Bank has €5.5 billion saved for litigation, less than half the anticipated $14 billion bill it could be ordered to pay. The bank has said it will refuse to pay the full amount, while the German government said it expects a fair outcome.

“Deutsche Bank has no intent to settle these potential civil claims anywhere near the number cited. The negotiations are only just beginning. The bank expects that they will lead to an outcome similar to those of peer banks which have settled at materially lower amounts,” Deutsche Bank said in a statement.

Other fines could stem from legal investigations into metals trading, currency manipulation and transfers out of Russia. The bank has already shelled out €12 billion in fines since 2012.

German Chancellor Angela Merkel has refused to offer any state assistance for Deutsche Bank, including paying any legal costs in the ongoing dispute with the US Justice Department.

With national elections coming next year, a protracted unravelling of unethical activities at Deutsche Bank is a potential political risk not worth taking. Merkel’s position has already been undermined in several other elections, with anti-establishment parties gaining ground in light of the ongoing refugee crisis on the continent.

Deutsche Bank’s CEO John Cryan appears to have his work cut out for the time being. He has so far struggled to increase profitability by selling off riskier assets and cutting jobs, while pressure mounts for the bank to raise capital to cover what could be enormous legal fines.