When will Google Wallet and Apple Pay Arrive in Europe? 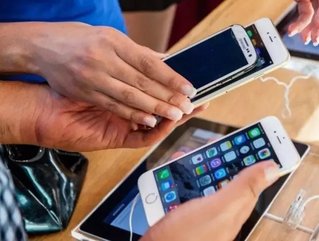 Google Wallet is Android’s answer to Apple Pay, with Samsung smartphone users able to load up bank cards to the app for easy shopping without having to enter laborious numbers, codes and addresses.

However, Samsung smartphone users in Europe are not yet able to enjoy this convenience, and neither are iPhone owners.

Google boss Larry Page believes that Europe needs to invest more in technology, and the advent of its payment system on the continent would be a good starting point if and when it arrives.

Only available to consumers in the United States, Google Wallet also allows you to send money across to other users. It is even available on the iPhone, with both a physical payment card and contactless features allowing for payments to be made in store with the app as well as remotely.

Google Wallet has been available in America since September 2011, and now that Apple Pay is up and running with roaring trade, the pressure is on for Samsung and Google to offer a similar service to Europeans before Apple gets there first.

The search engine giant has repeatedly been asked about when it will release its payment method into the UK and the rest of Europe, but has so far avoided responding with a date.

In the meantime, Apple is laying the groundwork for a European launch after hiring Mary Carol Harris, formerly Visa Europe’s director of mobile.

Many will wonder why the two giants are not already in the European market, but it is a laborious process introducing a new payment solution, not least because vendors have to agree to adapt their platforms to any new methods.

Apple has already encountered resistance in America and the same is likely to happen to some extent wherever the company chooses to target. Differing currencies, banks and user habits are other complicating factors.

Who will arrive in Europe first, and which will prove more popular when they end up going head to head?