Which three massive mergers has the EU approved this week? 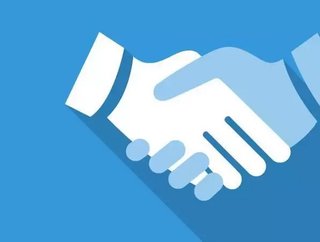 The European Commission has been busy giving the green light to significant business takeovers over the past few days.

From oil and gas exploration to telecoms and nuclear power, there are some big deal deals about to happen, deals which the EU has deemed as fair regarding monopolisation of markets and competition. GE, Vivendi and EDF are the companies looking to do business.

Both companies are active in the provision of oilfield services to oil and gas exploration and production companies in the European Economic Area (EEA) and worldwide. On a number of specific markets the two companies sell competing products. For other markets, GE is a supplier to Baker Hughes and its competitors.

The deal is valued at approximately $32 billion, which could be finalised as early as July subject to US government and Baker Hughes shareholder approval.

Although approved, the decision is conditional on the divestment of Telecom Italia's stake in Persidera.

Vivendi is a French company, which controls a group of companies active in the music, TV, cinema, video sharing and games businesses. Vivendi's affiliate company, Havas, is active in the advertising industry in Italy. Vivendi holds a significant minority stake in Mediaset, which is also active in the market for the wholesale access to digital terrestrial networks for the broadcast of TV channels.

The Commission found that, post-transaction, Vivendi would have had an incentive to raise prices charged to TV channels in the market for wholesale access to digital terrestrial television networks, where Persidera and Mediaset each hold a significant share. The benefits of such a strategy would be obtained either directly through Persidera or indirectly via the minority shareholding in Mediaset, since other players active in the market do not represent a viable alternative for TV channels. As a result, TV channels would have found it more expensive to reach their audiences in Italy.

Valued at around €2.5bn, French energy giant EDF is expanding its nuclear portfolio by acquiring the reactor segment of Areva Group (New NP), another multinational headquartered in France.

EDF plans to acquire between 51 and 75 percent of the capital of New NP. EDF is the largest nuclear power plant operator in the EU, while New NP focuses on the design and supply of nuclear reactors and equipment, fuel assemblies, control systems and services to nuclear power plants. Although their activities do not overlap, the two companies are major players in the nuclear industry, the one as a supplier and the other a customer.