2016 will be a good year for South Africa's franchisers, says Standard Bank 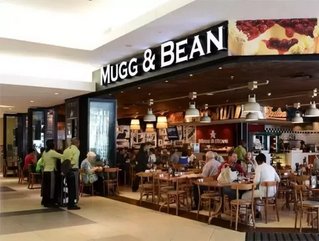 Setting the pace for 2016, will be increased activity within the franchise sector, particularly the fast food franchises, as international brands which announced their entry into the market this year look to establish operations around the country in the New Year.

One only has to look at major shopping centres to see that competition in the quick service restaurant subsector is gearing up. There is a concerted effort by new entrants to establish outlets close to those of existing competitors.

For consumers this is great news. Their product choice will expand as competition increases. There is no doubt that 2016 will be a year in which consumers will be spoilt for choice in a market where competitors will be doing all they can to offer quality products and services, whilst keeping prices in check as much as they can.

As those who have already entered the marketplace fight for increased market share, so other international brands who have announced that they will be entering South Africa will be measuring up their expansion opportunities.

American franchisors in particular will become household names in South Africa. In 2016, we can look forward to the entry of brands selling food that varies from donuts to coffee, burgers and pizza. Many of which are already household names in the USA.

The fact that they may be new to South Africans will not deter franchisors moving aggressively to establish presence in local business centres. Within the next 12 months, many will be well established and patronised by locals.

The most positive aspect of this international investment in our country will be the economic multiplier effects that will result. New franchises featuring new products will attract a new breed of businesspeople to the franchising sector.

Instead of hesitating to acquire outlets in subsectors that already may have many traders; franchisees will be attracted to introducing new, novel concepts to buyers. In the process, they will broaden offerings to consumers and also create new job opportunities.

Most significantly, in a market that is increasingly offering 24/7 service, effective operations will rely on creating more jobs than would be in the case of traditional ‘nine to five’ operations.

Sustained business interest in South Africa could be expected to continue despite present pressures on the local retail sector. Leading brands would consider the opportunities for using operations in South Africa as a base for penetration of African markets. Locally, they would rely on the fact that historically, retail growth over the last decade has averaged between three and five percent - attractive when international growth rates are considered.

Africa also offers access to a youthful market. This translates into long-term opportunities, something that is to be considered when many major markets across the globe, and particularly in Europe, have aging populations.

South Africa is great value for people bringing dollars into the country. Franchising is an activity that requires a long-term view. Bringing in a new brand and establishing it while forex rates are so strongly in your favour makes sense. Pay-off lies in the brand being well accepted and part of the national scene when times get better. Investing now means having a head start and being rewarded for being an ‘early initiator’ rather than a ‘late adopter’.

Find out who the Top 10 African employers were in the May Issue of African Business Review here.

International franchisors are also aware that South Africans are extremely brand and quality conscious. Outside of the franchising arena, in the broader market place, some international clothing retailers entered into the country in the past and the expectation is that they would continue to do so in years to come. Indicators of the success that can be achieved can be gauged from major Australian and Spanish clothing operations that, within a few months of entering South Africa, were achieving healthy sales from flagships stores located in high-end shopping malls across the country.

The possible exception in growth prospects is in some rural areas that, prior to the economic downturn, were hubs for regional growth. The decline in the overall prices of commodities has impacted negatively on the financial health of many rural communities where mining formed the backbone of local economies. As retrenchments and closures have increased, so opportunities for franchise operations have decreased.

There is no doubt that the franchising sector will be presented with a number of challenges in 2016. Chief of these will be pressures on disposable household income. These pressures will be compensated for to an extent by the need for franchises-particularly those in the food sector- to remain competitive.