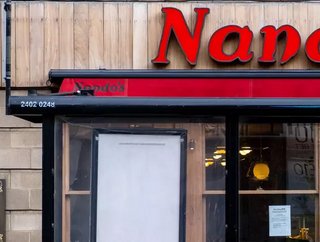 Many organisations are navigating food supply shortages in the UK, which is showing devastating effects in some areas of the industry. The contributing factors to the food shortage are the general lack of goods supply across the country and the need for employees to self-isolate, which has since been alleviated by the UK government. But the damage continues. Nando’s has announced the closure of stores as it struggles to keep up with demand.

A shortage of chicken has left Nando’s without the necessary resources to provide its signature products across all of its outlets. As a result of this, the company announced it has closed 45 of its 450 restaurants in the UK. The company says the Covid-19 disruption—leading to staff and continued HGV driver shortages—has played a significant part in its closures.

‘The UK food industry has been experiencing disruption across its supply chain in recent weeks due to staff shortages and Covid isolations, and a number of our restaurants have been impacted’, Nando’s says.

In an effort to support Nando’s suppliers, the company announced it has deployed some of its staff to its suppliers to support help them recover, which has shown a positive impact on its restaurants that were forced to close. The company believes that this strategy will help get open up all of the affected restaurants. ‘It is our intention to have all of our restaurants up and trading again from this Saturday, as a result of the hard work behind the scenes’, the company says.

The rival restaurant, KFC also says it has experienced disruption due to supply chain issues. The company is currently struggling to procure food and packaging stocks for its nationwide fast-food network. This is sure to take its toll on the company, being its second poultry shortage in three years.

Ranjit Singh Boparan, Founder of the 2 Sisters Food Group, has commented that the shortage has left the poultry industry under threat, which he believes is also due to the labour shortage—caused by Brexit and increasing prices of ingredients.