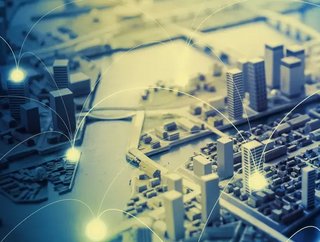 Increasingly reliant on digital logistics to bring their food from farm to table, Brits are at risk of a major attack on their food supply

Want to bring a nation to war in the new millenium? Take out its food supply chain. Cyberattacks will be where Russia and the United States would have fought the Cold War; where the next global military entanglement will unfold; and where countless innocent civilians could lose access to food, oil, and internet connection. ‘For years, cybercriminals have attacked targets for financial gain’, said Neil Jones, Cybersecurity Evangelist at Egnyte. ‘But now we’re seeing an alarming pattern of debilitating attacks on our food, critical infrastructure, and IP supply chain’.

Food experts warn that Britain’s food supply chain is highly vulnerable to cyberattacks, as it’s almost entirely based on digital logistics. ‘If anyone wanted to damage it, they could just take out the satellites’, said Tim Lang, professor of food policy at City, University of London.

According to a report co-authored by Lang and two other policy professors, the British government has placed excessive reliance on foreign countries to feed its population. As a result, food supplies are concentrated in the hands of a few multinational companies, which leaves the nation increasingly vulnerable. ‘The government’s default position is to leave food matters to corporate interests’, Lang and the others wrote. Therefore, one of the only ways to ensure that hackers don’t eventually leave Britain starving is to grow food close to home.

If Britain adopts shorter food supply chains, invests in increased government and corporate cybersecurity, and makes plans for what would happen in the case of an attack, it stands a better chance. The country has already seen the States suffer in recent months from the Kaseya cyberattack, the Colonial Oil pipeline hack, and, perhaps most pertinent to the matter at hand, the massive JBS Foods meat packing plant attack.

Is Now the Best Time?

Yes, absolutely yes. The UK is currently redefining its food system to combat its obesity epidemic—partly because Brexit offered England a once-in-a-generation chance to reshape its policies. Legislation is already shifting, with ads for junk food being banned after certain hours, foods with high salt content costing more, and new recommendations soon coming down the line from Henry Dimbleby.

One of these recommendations, policy researchers argue, should be to buy more food at the source. ‘We currently produce only 52% of the vegetables we eat and 10% or 11% of fruit’, said Lang. He thinks the UK should be 80% self-sufficient with its food production. The argument goes like this: if we source food in England, then cyberattacks won’t completely cut our lines of supply.