Airbus finalises $16bn contract with Emirates for vital A380 delivery 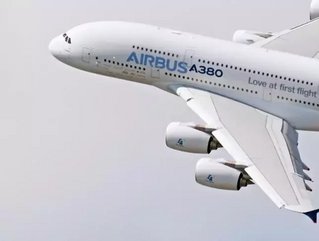 Airbus has secured a decade of production for its A380 superjumbo after the finalisation of its $16bn deal with Emirates.

The two companies agreed a Memorandum of Understanding (MoU) last month but the contract, which is for a maximum of 36 aircraft, was signed at the weekend.

Delivery of 20 aircraft could start as soon as 2020, which is a major boost for Airbus after the French giant admitted last year that it may be forced to cease production of its iconic double-decker aircraft. More than 200mn passengers have flown on A380s since its launch flight in 2005.

"We thank Emirates, HH Sheikh Ahmed, Tim Clark and Adel Al-Redha for their continued confidence in the A380, which has so successfully transformed air travel in the 21st century," said Fabrice Brégier, Airbus President Commercial Aircraft and Chief Operating Officer.

"This latest agreement further demonstrates the strength of our valued partnership with Emirates in support of their impressive growth."